Home Business Artificial insemination: Not a PID, without the consent of the ethics Commission 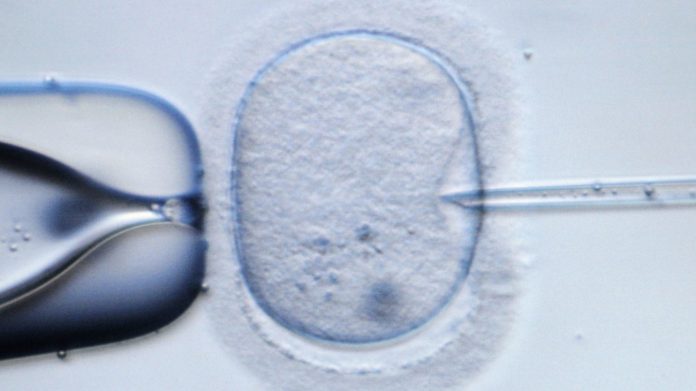 preimplantation genetic diagnosis (PID) in Bavaria, remains heavily regulated. A Munich laboratory failed before the Bavarian administrative court in Ansbach with his request to be allowed to artificially fertilised ova, in certain cases without the consent of the competent ethics Commission to investigate. The court announced the verdict on Monday (Az.: 20 B 18.290). “Because of its fundamental importance” of the case was, however, approved the Revision to the Federal administrative court in Leipzig – so that the courts can use as a guideline also in other States.

The laboratory Synlab had not justified the claim that the so-called types: trophectoderm biopsies, the it went to court, were under the embryo protection act. In the investigation would not be taken from the Embryo and direct cells, but the surrounding tissue, after implantation in the uterus of the mother cake.

“Dramatically high risk” for women over 35

Hereditary charged cells should not be sorted out, it will only examine whether a cell can take root at all and the woman gets pregnant. This is especially for women over 35 important. This would have “a dramatically high risk that their children fail to request treatments”. The reasoning of the court of justice is not followed, however.

According to the embryo protection act, it is allowed in Germany only in special circumstances, to investigate an Embryo for an artificial fertilisation before planting in the mother’s womb is genetically. Either there must be the risk of serious hereditary diseases or the high probability of a stillbirth or a miscarriage. If an investigation is allowed to decide the ethics commissions. In the opinion of the judge, the embryo protection act, a General PID-ban, which is not differentiated according to investigation purposes.

How many applications for a PID, the five ethics committees in Germany – Bavaria, Berlin and North Rhine-Westphalia own, the other countries have done to the two Networks together will be – made is not collected centrally. Estimates of 300 to 400 cases a year. Much of this comes before the Bavarian Commission, because in the free state particularly, many PID centers. According to information from the Bavarian health Ministry has decided in the past year, 155 cases and 12 applications have been rejected.