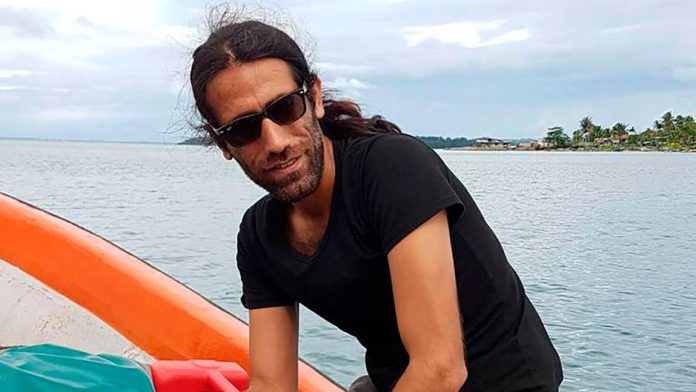 “No Friends But the Mountains: Writing from Manus Prison” is the title under which the texts of the Kurdish-Iranian journalist Behrouz Boochani, 35, as a book appeared. “No friends except the mountains”, that sounds as lonely as the life in exile, probably most of the time, but especially in a place where coercion, abuse, and suffering are part of everyday life. The prisoners on the island of Manus, which belongs to Papua new Guinea, and landed there, without charge, a guilty verdict and sentence, they were detained, because they had sought asylum. Boochani had managed to smuggle his phone in the prison camp, now closed. With the thumb, he reported from there, via Whatsapp, to Omid Tofighian, of his texts from Farsi to English translation. 366 pages of his book, which was published in the summer of 2018.

On 31. 2019 January took place the award ceremony of the Victorian Premier’s Literary Awards, 2019, the highest prize for literature in Australia. Boochani won both in the category of Non-Fiction as well as the Overall Victorian Prize for both awards together, he will get to 125,000 Australian dollars, just under 80,000 euros.

with The exception of the award

While Boochanis colleagues in Melbourne at the victory celebration, their prices took, the imprisoned author of Manus Island from the BBC. “In a way, I am very happy that we are able to generate attention for this Emergency. And many people have learned of the Situation, which is great …”, quoted by BBC News. “On the other hand, I think I didn’t celebrate, have the right to – because I have many friends who suffer here. The most Important thing for us is to get off this island and start a new life.” The Jury had made in Boochanis participation of an exception, the rules are the submitting authors are Australian citizens or permanent residents of the country.

“We are people, simple people,”

2013 was traveled Boochanis from Southeast Asia to Australia and was to become after his arrest, to the voice of an insider from the controversial arrest procedures. Boochani writes regularly for the British “Guardian” and tweet about life on Manus. He has also filmed a documentary mention from the stick with the phone and as Co-Director. The title is “Chauka, Please Tell Us The Time”. The Film is on Vimeo to rent.

Boochani wants the readers of his book to understand that there was a systematic effort to deprive Refugees and asylum-seekers of their “identity, humanity, and individuality”. “We are not angels and we are evil,” he told the BBC. “We are people, simple people, we are innocent people.”