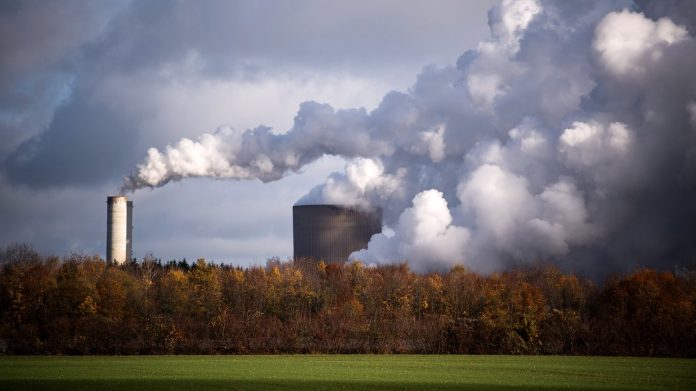 The leading economic powers of to do a recent study found that is not enough for climate protection. Coal, electricity and transport are the biggest problem areas, in this year’s “Brown to Green”report of Climate Transparency. The G20 countries together account for around four-fifths of the world’s greenhouse gases, responsible and concerned 82 per cent of its energy from the fossil fuels coal, Oil and Gas. Also in Germany, there is criticism.

The international network Climate Transparency consisting of 14 research institutions and non – governmental organisations criticized the fact that the climate objectives of the G20-sufficient countries, in order to be the climate agreement of Paris, and to limit global warming to well below two degrees. Also done too little to achieve at least these weak national targets. So far I have made among the G20 countries, only India announcements that correspond to a limit of two degrees or less. The from the point of view of climate activists, the necessary goal is to use the year 2050, only renewable energy, was not a G20 country so far.

In 15 of the G20 countries increased greenhouse gas emissions in the past year. Also, Germany is one. The blame should have in mind especially the electricity generation and mobility in the transport sector Alone they have increased in the past five years, at seven per cent, says the report. Overall, the German CO2-emissions were slightly higher than in 2009.

weak points in the traffic

In the “Brown to Green”Report, published since 2015 annually, compared to the G20 countries on the basis of 80 criteria. With regard to Germany, the study co-author Jan Burck of germanwatch, said: “The Report highlights the major weak points in the transport, in the case of the high CO2 emissions in electricity production and in the building area in older houses. Germany cuts off with the second-worst grade of ‘weak’.”

praise from the experts for climate protection targets in the building sector and the high level of renewable electricity share. So, about 34 percent of electricity in the year 2017 from renewable sources in the G20-it had only 24 percent. Currently, a Commission is advising to end, how and when the generation of Electricity from coal in Germany.

other States are praised in the report: South Africa wool to reduce its high use of Coal and investing in renewable energy. Britain and France wanted to get out of the coal. South Korea have introduced a new program for electric vehicles, and Mexico, planning an emissions trading system.