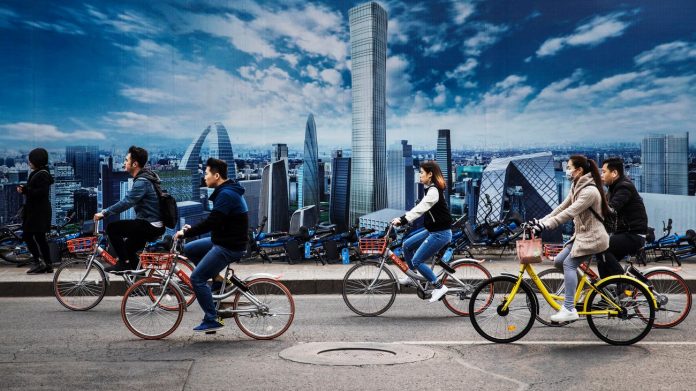 read this Text in German.

We can’t go on like this. If the Earth warms up by more than 1.5 degrees Celsius by the year 2100, the consequences will be serious and irreversible climate changes will be set in motion, as the latest special report from the United Nations Intergovernmental Panel on Climate Change (IPCC) shows. From Dec. 3-14, politicians and government representatives will once again discuss at a climate conference how the 1.5-degree target can be achieved.

We asked nine leading climate scientists to imagine if they were the sole ruler of the planet, what they would do to limit global warming if they could make a unilateral decision and didn’t have to resort to negotiations, political wrangling or compromises. What immediate action would you take?

Brigitte Knopf is the secretary-general of the Mercator Research Institute on Global Commons and Climate Change (MCC) in Berlin.

I would no longer let countries, companies and citizens emit carbon dioxide (CO2) emissions for free and would instead immediately introduce a price of 50 euros for every ton of CO2 emitted. This would hold everyone responsible for the negative effects of fossil emissions, which include climate change, air pollution and health problem. A CO2 tax would have three effects: First, it punishes the consumption of coal, oil and gas according to their carbon content. Second, it makes CO2-free technologies such as wind or solar power competitive and drives new investments in that direction. Third, it generates revenues for governments, which I would redistribute on a per-capita basis. This would protect poorer households in particular from higher energy prices and ensure a just transition. MCC research shows that even a low price for CO2 could finance universal access to clean water and sanitation in many countries (Nature Climate Change: Jakob et al., 2015). This would make climate policy a success story.

“New Industrial Plants Should Be CO2-Free By 2025”

Niklas Höhne is the director of the New Climate Institute in Berlin and a professor at Wageningen University in the Netherlands.

To keep the climate at safe levels, global greenhouse gas emissions must be reduced to zero in all sectors and countries. This is why I would prescribe, that everything that is newly built should be emission-free. From now on, for example, only power plants that use renewable energies should be built, not new fossil fuel power plants. From the early 2023s, only electric cars or cars with other CO2-free engines should be sold. And new industrial plants should be carbon dioxide-free by 2025. The clear time horizon as of when only zero-emission technology can be sold would drive the necessary innovation. In addition, I would implement a tax on greenhouse gas emissions to collect financial resources to compensate for potential negative social effects of this rapid transition, EC. in regions that are currently dependent on coal mining or use.

The currently implemented climate policies with the highest impact-follow this model even if initially implemented by only a few. For example, the first electric cars suitable for series production were developed because the U. S. state of California introduced a quota for zero-emission cars in the 1990s (CARB-ZEV). With minimum quotas for the new registration of electric vehicles, China is also forcing car manufacturers to expand their product range, which will then be sold globally. Another example: Wind power, which was mainly subsidized in Germany, is now being used worldwide – even in countries that previously did not have an interest in it before, such as China, India and Australia, due to their large coal reserves.

“All Countries Should Take Stock of the Damage”

Friederike Otto is the acting director of the Environmental Change Institute at Oxford University in England.

Think of the forest fires in California in November of this year or on a less dramatic level, the heatwave in Germany and the EU this summer. The methods available today allow us to attributes to search events to human-induced climate change (Annual Review of Environment and Resources: Otto et al., 2017). At present, however, we simply have no idea about the damages and losses caused by climate change to date. It is difficult to solve a problem that is vague and often assumed to be a future problem only. All countries should therefore develop an inventory so that we can effectively see the costs of climate change.