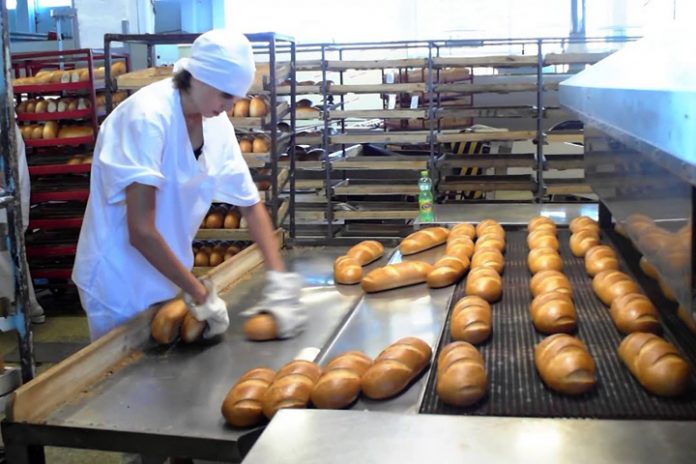 At the end of last week the Ministry of agriculture held a meeting of the Operational headquarters for monitoring the situation of socially significant products of the food industry. “Prerequisites for panic, the situation with food supply is stable and is under control,” — said his party, the President of the Russian Guild of bakers and confectioners Yury Katsnelson.

But this optimism is not shared by other market participants.

— Katznelson — easy expert for the authorities, it is not worth large-scale production. If you look at his statements during the difficult periods they are the same: “in our industry there is no problem except for housing prices, rents and logistics.” In fact, the situation is complicated, — the Chairman of the Board of the National Union bakery Sergey Schedrin. — In 2018, the price of flour jumped by 80% and virtually “ate” the entire profitability of bakers. We have suffered losses from the depreciation of the ruble (we have imported equipment, packaging). And if now the millers raise prices another 20%, then the bakers will quickly lose the remaining margin of safety. I should add that because of the coronavirus we have doubled spending on sanitary protection. This concerns not only production but also transport, delivering bread to the stores.

But the most painful blow to the industry caused a growing export of grain. Due to the collapse of the ruble Russian wheat at a cost of for the first time ahead of oil rose to a record high of 13.27 thousand rubles per ton. Last week, the track “don” was filled with autoframe, the export of grain for export in the port of Novorossiysk. And only a trickle of wheat flowed in the maquila factories. Farmers more profitable to sell wheat to exporters.

As stated by the President of the Russian Union of milling and groats enterprises Arcady Gurevich, high grain prices have seriously worsened the financial situation of the majority of its members. “Mills cannot buy wheat at “ultra-high” prices and its reserves were only at two to three weeks. It faces a shortage of flour in the country,” said Gurevich. In this situation, the flour mills took a break and stood up for prevention. Other, listening to the requests of the government, focused on the supply of packaged flour in the trading network. The rest of the millers were forced to raise prices by 10%. This is not the limit. This week flour for baking bread can rise by 5-10%.

from the First price shock affected private bakeries. Many of them have closed. In regions of some bakeries reported an increase in prices. So, on March 25 in the Krasnodar region JSC “Novoroskhlebkonditer” raised the cost of white bread for 1 RUB to 32 rubles, According to “MK”, the number of regional enterprises are going to raise the price of bread this week. In Moscow prices are still holding up. Although local bakeries in the cost of flour has increased by 10%.

more likely, more expensive rye bread. “For the first time in the history of Russia, the procurement price of rye flour suitable for baking bread was higher than wheat. Affected by the poor harvests of this cereal. For a long time we have rescued Belarus. But now Minsk has a change of heart, and we buy the rye in Poland and the Baltic States. The small bakeries that are specialized in the production of rye bread, went bankrupt. To revitalize the culture needs money to seed Fund and subsidies,” — said the head of JSC “Bread” (Tver), a member of the Public chamber Nina Bolgova.

Note that in a pandemic the demand for bread is growing. “In all regions of the country, with bakeries, for which the government has defined a mobilization assignment reserve production capacities in case of emergency. Therefore, any disruption in the supply of bread will not arise”, — said the Director of the research Institute of baking industry Marina Kostyuchenko. In her opinion, due to the unfavorable epidemiological situation all bakery businesses, regardless of the legal forms of ownership and volume of production necessary to produce bakery products in packaged form.

With the expert agrees and the partyand market. “Panic is eliminated. Sanitary recommendations are strictly adhered to. Stocks of flour are formed. Industrial bakeries are loaded on 50-60%. We are ready to meet the demand for a social product No. 1. Remains open only one question — at what price?” — noted position. But it is still not clear. It seems that in each region it will be solved in different ways. Much will depend on the support of the authorities.

“national Union bakery”, which includes about 20 major industrial producers, asked for emergency help to the Deputy Chairman of the RF Government of Victoria Abramchenko and Minister of agriculture of the Russian Federation Dmitry Patrushev (copies of the letters have “MK”). Among the measures designed to support strategic sector: tax holiday (VAT, personal income tax, profit, property and land), the extension of the maturity of the loans, cancellation of insurance premiums for 6 months; state guarantees to banks fully subsidize interest rates on loans taken in the amount of three months ‘ PAYROLL until the end of this year; a temporary moratorium on testing, the delay of 2 months utility payments, etc., the Cabinet took a pause to study the initiatives.

— If the authorities want to help the bakers, let them help our suppliers. There are lands where the government stores the grain in case of emergency. Now he has come, — says Sergey Schedrin. — Export grain, like oil, is to set the cut-off price or to impose protective duties to avoid shortages of grain, flour and bread in the domestic market.

appeal to the Minister was sent and the oldest in the industry, the Russian Union of bakers (CPR), which unites the leading industrial bakery companies from different parts of the country.

Option two today, — the Vice-President of RSP Alexey Lyalin. The first is to remove all price caps implementation of bakery products in accordance with its cost. The market the market! The second option is to develop measures targeted operational support industrial wagesiy. Alternatives to the industrial bakery for the production of popular sorts of bread is not and can not be. The current emergency situation is clearly confirmed. We are always aware of its social responsibility, tighten, if necessary, the belt. But now the situation is such that tightening will have no belt… And then there’s the third option — to hang on the gate of the castle companies.