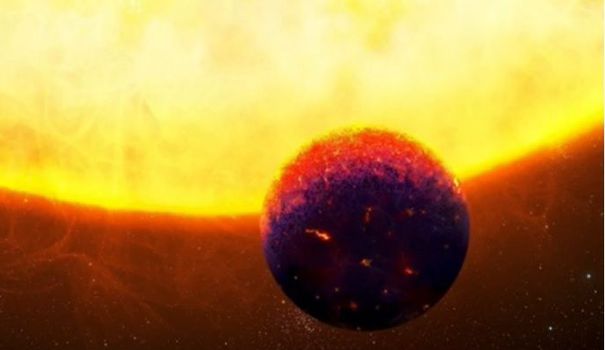 A star covered with precious stones : the idea of what to do dream of the enthusiasts of astronomy and other curious. Yet this is what researchers from the universities of Zurich and Cambridge believe they have discovered by locating a class of exotic planets outside our solar system.

Called HD219134 b, this star is located at 21 light-years from Earth in the constellation Cassiopeia. Unlike our planet, it is probably not a core of solid iron, but is rather rich in calcium and aluminum.

“it May be that the colors shine like the ruby and the sapphire, because these gemstones are oxides of aluminum, which are common on the exoplanet,” said Caroline Dorn, astrophysicist at the Institute of computational science of the University of Zurich.

HD219134 b is the third star in discovery with a composition and an internal structure, as exotic, after 55 Cancri e and WASP-47 e. All have in common to be formed in very hot environments, very close to their star.

With the help of his models, the research team has calculated what it would be like a planet formed in a region as hot. They discovered that the calcium and aluminum were the main constituents, as well as magnesium and silicon, and that there was virtually no iron.

“That is why such planets may not have a magnetic field like the Earth,” said Caroline Dorn.

READ ALSO >> Discovered a new “super-earth” not so far away

Discovery of a new “super-earth” not so far away from us, Tess, the hunter of planets the planets in The system, Trappist-1 could be habitable

The team of researchers speak of a “new class of exotic super-Earth formed from condensate at high temperature”. According to the astrophysicist, this type of planets may be more common than we think. Still have to locate them… and study them.