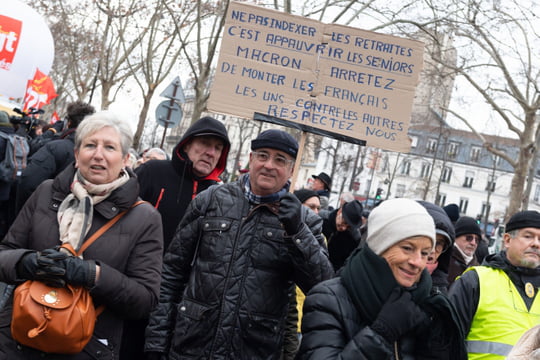 The retirees are out on the street this Thursday, April 11, at the call of several unions and associations. Their claims : total suppression of the increase of the CSG and the adjustment of pensions.

[updated 11 April 2019 at 12h59] on the initiative of the movement “Spring” retired, supported by several trade unions and associations, such as the CGT, FSU and FO, the retired show this Thursday, 11 April, a little everywhere in France. Older workers intend to protest against the total suppression of the increase of the CSG and wish to obtain an adjustment of pensions. They denounce a government “deaf and crazy” in the face of their claims.

In detail, the pensioners are angry with the freezing of pensions, the lack of purchasing power, the threat to the autonomy of the social Security. “Upon his arrival to the presidency of the Republic, Mr. Macron has attacked the pensioner-e-s”, “claims that can and should be met”, can be read on the flyer of the event. On march 15, 2018, during the previous manifestation of retirees, some 200,000 protesters had been identified.