Home Law Everything You Need to Know About Fiancé Visas

Fiancé/K-1 visas, which allow foreigners to stay in the United States for 90 days to properly marry into the country, have gotten popular because of the TLC show 90 Day Fiancé. But how much do you need to know about this famous visa before you get one?

Everything You Need to Know About Fiancé(e)(e) Visas

Fiancé(e) visas, properly known as K-1 visas, allow fiancés of U.S. citizens temporary citizenship for 90 days until they can marry their sponsor. Proof of a serious relationship usually needs to be shown to an immigration office before someone will be considered for a K-1 visa, along with additional fees and paperwork.

According to austinimmigrationattorney.com, the most daunting challenge anyone seeking a fiancé visa, AKA a K-1 visa, has to face is showing proof of their relationship. Aside from the form, this is the first thing the United States Citizenship and Immigration Services (USCIS) agency will ask of you.

Proof of a relationship includes:

Without concrete evidence, your chances of getting a K-1 visa are very slim. It is not requested all the time but is very likely. Any proof is valid, but the more, the better.

There is also a substantial wait. Boundless gives averages like these, with some variation depending on the country the fiancé is from:

The entire process of getting a K-1 visa could take anywhere from 9–12 months. This is not a “love at first sight” visa; the immigration industry wants to be sure that you are serious when you apply. If your love can’t last 90 days, it probably cannot endure such a long wait.

A price tag of around 2,000 dollars is also worth considering. This includes medical exams and other fees for the documents themselves but varies with the country.

What Should I Think About Before Getting A K-1 Visa?

First, prepare yourself for the interview. The official at the immigration agency will ask you things like how you met your fiancé, how long you’ve known each other, and how you imagine married life together. You should have considered these things already, but it can’t hurt to rehearse them.

Also, ask your friends and family if they are okay with you marrying someone outside of the country before you apply. As tempting as it is to think that love conquers all, your family not liking your fiancé can make or break relationships, visa or not. Make that double for a relationship that requires paperwork and an interview with the government.

The other thing that might get your visa denied is red flags. You’ve probably already heard about red flags in relationships, but when you apply for a K-1 visa, the person in the immigration office will often look for things that could signal a bad relationship in the long run. These can include, but are not limited to:

Any of these could make the agency press you for more evidence. The evidence can be a tiebreaker. Best have it ready, just in case they do not believe that you are in love.

Why Does It Take So Long?

After learning that getting a K-1 visa may take around a year, you may be asking “why?” There are two simple answers to this: a backed-up line and a reason for applicants to be honest about their relationships.

One reason is a backup that has gotten worse since the pandemic and war in Ukraine. This has led to a glut of people coming into the United States. Since government facilities frequently have outdated equipment, expect this line to move very slowly.

But another reason that your K-1 might take a long time is that the agency wants to be sure that everybody is serious. People may try to sneak into the country with a K-1 visa or have someone in the States enable them to come in without them being a couple. They have reasons to be suspicious, so do your part to prove their suspicions wrong.

Is the Show Accurate?

But here’s the question everybody who looked this article up is probably asking: is the show 90 Day Fiancé a fair representation of what it is like to have a fiancé with a K-1 visa? Yes, but some things are played up for drama, and it cuts out the tedious parts of the application process.

For example, the racism on the show is real. Real families get upset when people marry people outside of their culture. And all of the couples are real couples that applied for a K-1 visa; nobody was set up by the director.

But things like that awkward massage scene? Those were scripted. The show also cuts out all the paperwork beforehand so that it can focus on the relationships between its couples.

Do not have a “love at first sight” mindset when you apply for your foreign fiancé’s K-1 visa. You need proof of your relationship such as plane tickets, photographs, and dated conversations to show to the immigration agency. The process also takes a lot of time—often over a year—and various forms and tests may cost upwards of 2,000 USD.

But after all of that, does 90 Day Fiancé represent what it’s like to marry someone from outside of the country? Surprisingly, yes; even though some parts are scripted or exaggerated, people hoping to get a “fiancé(e) visa” for real can learn about the potential hurdles from the show. They will not, however, see the less rosy, more bureaucratic parts of the process. 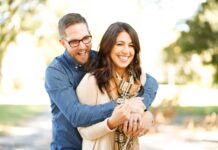 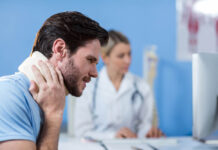 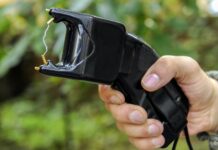 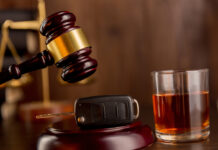 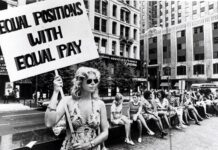