Home Breaking 20 killed in road during the bridge of All Saints, 13 more... 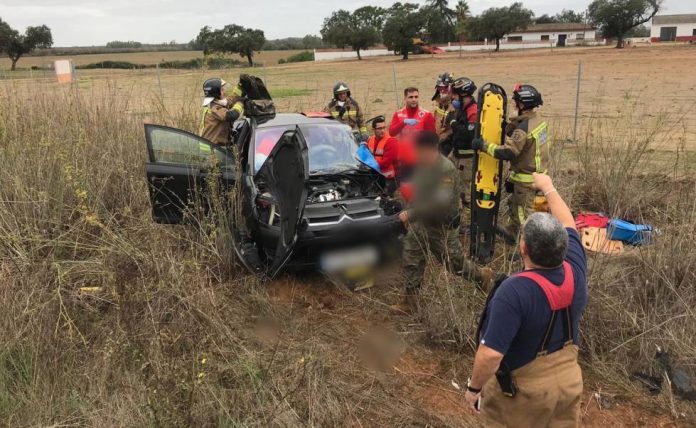 A total of 20 people have been killed in 17 traffic accidents registered in the bridge of All Saints. The balance of victims exceeds the 13 deaths that occurred in the same week-end 2018. Four of the deceased were traveling on a bike, another bike, and three were pedestrians, according to data from the Directorate General of Traffic (DGT).

At least 4.8 million spaniards travelled by road past long weekend, in which it is traditional to visit the cemeteries. The increase in the loss ratio, called the attention because it has occurred despite the fact that in 2018, there were more trips (six million) and that the bridge of this year has been shorter (by 1 November 2018 fell on a Thursday, that is to say, there was a holiday more than this to 2019). The past days were also marked by bad weather: we recorded gusts and rainfall is not widespread in north and west peninsular.

The accidents at this bridge, All Saints also contrasts with the progressive decrease in the mortality rates of the past few years. Just this summer, Spain recorded the lowest number of road deaths in the summer period: 220. However, vulnerable road users (motorists, pedestrians, and cyclists) who lost their lives on rural roads continue to rise. In these last four days, eight of the 20 deaths (40%) belong to this sector.

The number of road deaths falls in August to all-time lows road deaths reach record low in the first half of the year, Where are the speed cameras from the DGT that more raise?

The data provided by the DGT confirms a trend in the historical series: the secondary roads are still where most deaths occur. Seven out of every ten. The concentration of fatal accidents in these pathways will continue to accrue despite the fact that in January of this year the speed limit was reduced from 100 to 90 kilometres per hour. In the case of these holidays, 14 of the accidents have been in conventional pathways and 3 on the motorway or dual carriageway.

Until this November, 929 people have died in the network of roads in Spain. In the four days of this month have already passed away 17 people. The figures for this year point to a significant decrease in the total number of people who have died. In 2018 there was 1.180 deaths

Saturday was the day with the highest accident rates: there were seven accidents with eight deaths and six wounded. On Friday, there were five accidents with five deaths and one wounded. Although the figures mark a downward trend, the DGT makes it clear, from their social networks: it’s not about numbers, but lives.