Home Breaking A passenger plane crashed at the airport in Istanbul 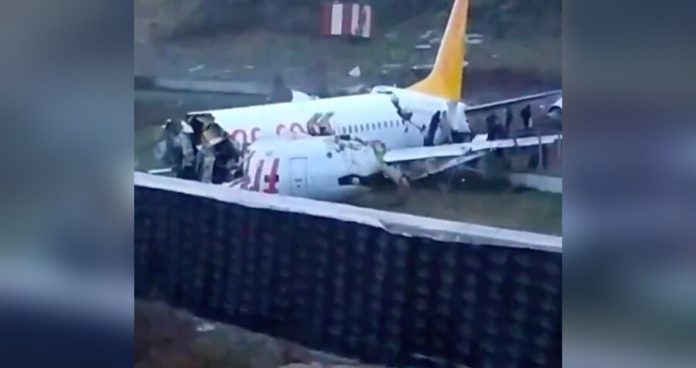 Photo: telegram channel “Before anyone else. Well, almost.”

the ship was heading from Izmir to Istanbul. It is known that the plane went beyond the runway and caught fire.

On Board were 117 passengers. According to the Ministry of transport of Turkey, no one was killed.

Earlier it was reported that the aircraft Ariana Afghan Airlines crashed in Eastern Afghanistan. According to preliminary data, received from the Governor of the province, the airliner crashed in the County Dikh-Yak. At the time of the crash the plane was 83 people.