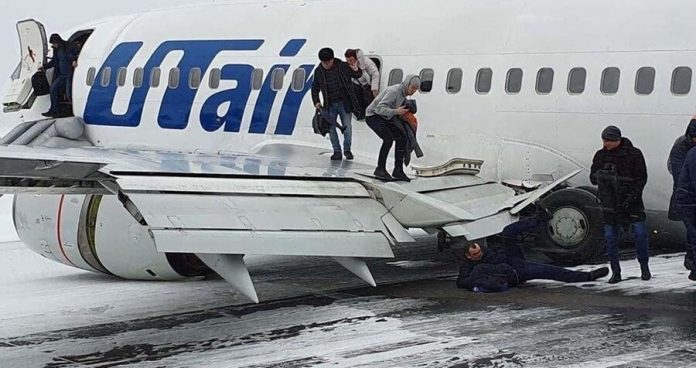 Moment of a hard landing of Boeing 737 in Komi caught on video. The incident was filmed by one of the passengers.

the airliner Boeing 737 airline Utair, made a hard landing at the airport Usinsk in the Komi Republic: a plane had hit the rear part of the runway. The plane followed on a route Moscow – Usinsk on Board were 88 passengers and six crew members.

According to preliminary data, the plane had problems with the chassis. The Federal air transport Agency said that the aircraft stopped within the runway, the crew and passengers were not injured, the degree of damage to the aircraft specified.

In turn, the Ministry of health of the Republic of Komi said that one of the passengers asked for help from doctors, but hospitalization is not required.

On the site of emergency has four units of equipment from EMERCOM and operational group, consisting of 29 people. Investigative bodies have begun check, the Rosaviation has created the Commission on investigation of causes of a hard landing.