Home Law Aiding and Abetting Meaning | What The Law Says

What do we mean when we talk about the terms Aiding and Abetting? For those of you who do not know, in legal terms these are somewhat similar concepts that have slightly different meanings. Aiding means to assist or support someone to commit an act that would be considered a crime. Abetting relates to encouraging or instigating a person or persons to commit an offense. This could include the planning, the escaping of the crime or in fact the actual performing of the crime. The party to it may or may not directly take part in committing or facilitating the offense. Understand more about the crime and law via thelawadvisory.com.

When it comes to aiding and abetting meaning, it is to assist and instigate someone to commit a crime. Generally, a person who is found guilty of aiding and abetting is liable to be punished to the same extent as the person who had actually committed the crime. Legally these are considered crimes and are forms of accomplice liability, meaning the person intentionally and knowingly or voluntarily helps in the commission of a crime. They are in a position to do so but fail to stop the offender from committing the offense. Under the US federal law, the accomplice if convicted would be liable to be penalized with the same consequence as the offender. In most cases, the accomplice or collaborator is not present when the act of crime is committed.

Difference between Aiding and Abetting

While both aiding and abetting are considered to be crimes, either one suffices. One can be held liable if one aids a criminal activity, or if one abets in it. Anyone who knowingly helps someone else to perform a crime is aiding them. But for them to be actually held accountable as an accomplice or facilitator, the crime has to be actually committed and their alleged assistance has to actually help in committing the offense. The conditions required to be held liable for aiding a crime are that it is known that the person being helped is attempting to commit a crime. And voluntarily acting in a way that aids the person to commit the crime.

The actual physical presence of the accomplice at the place of the crime is not mandatory. One can be held responsible for aiding an offense even if not being present when it happened. However, it is considered as an aspect in determining whether the facilitator was aiding in the offense.

A good example of that is, say if an employee X of a bank discloses to someone Y that a person has withdrawn a large amount of money and is on their way out. Y decides to rob the person outside the bank, but X is not present there. X would still be held accountable for the disclosure of information which caused the robbery to take place.

Abetting a crime means supporting it, inducing it, or encouraging it. The support provided could be in an active form of actually instigating or coercing someone and it can also be done passively by knowing that an offense is happening and being present at the scene but doing nothing about it to stop it from happening. This means that one is indirectly supporting the crime that is taking place.

An example of a passive abetment could be that one sees someone harassing another person in public but becomes a spectator and does nothing about it to stop it from happening by informing the authorities or confronting the offender. An active abetment is like persuading and convincing someone to actually commit a criminal act. But abetting requires that a shared intent to commit the crime is present. The condition for Abetting entails a shared intent with the perpetrator to commit a crime.

The difference between aiding a crime and abetting a crime is that aiding is an act of assistance while abetting is not. And, unlike in the case of abetting, evidence has to be produced to prove that the aid helped in the commission of the crime. Though there is only a slight difference between the two terms the similarities outnumber the differences.  These include:

Both aiding and abetting meaning- accomplice liability, that is responsibility for a crime that was committed by another person and being liable to be punished for it. This not only includes assisting, encouraging before the act of committing the crime but also being an accessory after the fact. That is helping in getting away or hiding and getting rid of the evidence.

The offender who actually commits the crime is termed as principal. The person or persons who aid or abet in the crime – are called accomplices. Any other person who helps after the crime has been committed and completed is known as an accessory after the fact.

The severity of the punishments for these offenses are determined by the nature or type of crime that has been committed. Most states in the US for example, California, treat the accomplices the same as the principal offender and use the same punishments for aiding and abetting as that of the crime.

Some very common examples of aiding and abetting are:

In conclusion, to deliberately assist or instigate an offense is called aiding and abetting. 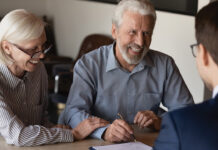