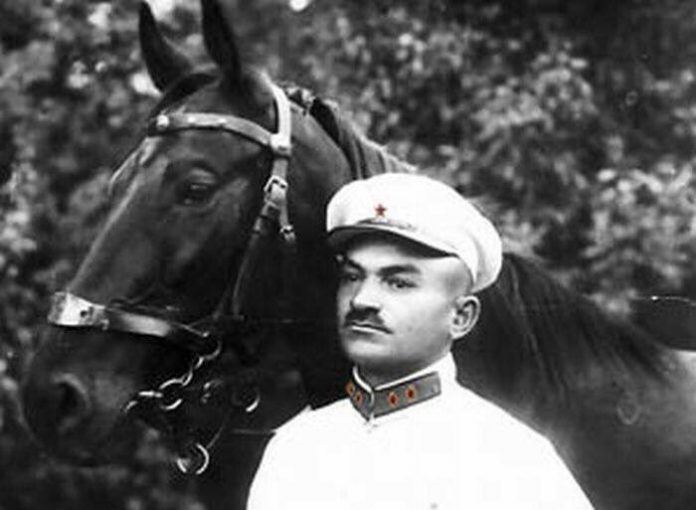 in the Autumn of 1914, Turkey joined world war I on the German side. In the autumn of the same year, Turkish troops suffered a major defeat by the Russians at Sarikamish in the Caucasus.

Turkish Minister of war Enver Pasha, who coordinated the actions of the Turkish army at Sarikamish battle, declared that the defeat occurred because of the betrayal of the Armenians, who sympathized with Russia. This accusation served as a trigger for genocide.

In February 1915, began the disarming of the Armenians serving in the Turkish army. Disarmed thus in most cases were shot. In March, the Turkish authorities began deportation of Armenians from different regions of the Ottoman Empire. Exported the Armenians not only from adjacent to the Russian border areas, but also from Istanbul, Izmir and other big cities, from many parts of Anatolia.

most Often, the deportation served as a pretext for mass destruction. Removed, the population shot (and were drowned, burned, starved, etc.) in other places. Adult males were deported separately from women and children but destroyed the Turks all the same. In some places the Armenians resisted eviction, knowing their pending fate. This was the reason for total excision of the Armenian population of the area.

in August of 1915, Enver Pasha had admitted to the German journalist Ernst Achu that as a result of the measures taken, killed about 300 thousand Armenians. In December 1915, the German Consul in Aleppo, reported to his government that, to date, destroyed from 500 thousand to 800 thousand Armenians. The head of the German Protestant mission Johannes Lepsius counted 1.1 million victims of the Armenian genocide in 1915-1918.

In October 1918 Turkey was defeated in the First world war. Under the terms of surrender, provided for the issuance of the allied powers Enver Pasha and two other figures of the Sultan’s regime (the Prime Minister Talaat Pasha and the Governor of Syria Jamal Pasha) as war criminals. The members of this “triumvirate” did not wait for his arrest, and fled from Istanbul on a German submarine.

5 Jul 1919 Turkish military Tribunal, meeting in Istanbul under the supervision of the commissioners of the Entente, sentenced all three pashas to death by hanging. Although they disappeared from justice, from punishment they were unable to leave.

the Armenian party Dashnaktsutyun (Dashnaks) has set a goal to take revenge on the organizers of the genocide. Was the attempted operation “Nemesis” that occurred in many countries.

the First paid Mehmet Talaat Pasha. On March 15, 1921 he was shot in Berlin, where he resided illegally. A jury acquitted the killer.

Two others – Ahmed Cemal Pasha and Ismail Enver Pasha had met in Berlin with the Bolshevik Karl Radek, enthusiastically delirium world revolution. Radek is interested in the revolutionary potential of ideas of pan-Islamism and pan-Turkism to undermine the British colonial Empire. In the spring of 1919, Radek, together with the two international criminals arrived in Moscow red.

the Union of Islam and communism

In Moscow, Enver Pasha led the “society of the unity of the revolution with Islam”. In September 1920 he participated in a meeting convened by the Bolsheviks in Baku the First (he was last) Congress of the peoples of the East. Cemal Pasha was sent to Central Asia and Afghanistan to prepare the Basmachi detachments for the invasion of British India. In the summer of 1921 it was decided to attach and Enver Pasha.

this is the establishment of close friendly relations between the Soviet Russia and the revolutionary new Turkish government headed by Mustafa Kemal Pasha (Ataturk). Kemal Pasha considered the “young Turks” Enver, Djemal their ideological opponents and rivals in the struggle for power. The Soviet government decided to fuse both away from the borders of Turkey.

while Jamal worked as an Advisor of the king of Afghanistan, Enver helped the young Bukharan Soviet Republic in the organization of the armed forces. But both were not going to do for the Bolsheviks the dirty work. They had their far-reaching plans. Especially Enver Pasha. In October 1921, Enver Pasha defected to the Basmachi. Despite the competition, he soon emerged as one of the most authoritative field commanders. The Basmachi movement was headed no longer against England and against Soviet Russia.

the Elimination of Djemal Pasha

apparently, the elimination of both former leaders of the Sultan’s regime, one of which decided to play his game, was conceived in Moscow at the same time. There were not to interfere with the operation “Nemesis”. July 21, 1922, during one of his visit to the Soviet Republic of Georgia, the Dashnaks tracked down and shot dead Jemal Pasha.

One of the participants in the murder, Petros Ter-Poghosyan was arrested by the Soviet authorities in 1930. His fate is unknown. Other Artashes Gevorgyan left at the moment and unpunished until 1936 quietly worked in Soviet institutions, when he was arrested on charges of forming a “counterrevolutionary organization” (shot in 1937).

the Elimination of Enver Pasha

Hardly a coincidence due to the fact that Enver Pasha was killed in the result of the actions of army units, commanded by an Armenian. Yakov Melkumov (Hakob Melkumian) was a career officer in the Imperial army, in 1917, he sided with the Bolsheviks, one of the first who joined the Red Army. His first operation was the participation in the defeat of an extremely dangerous for the Bolsheviks, the revolt of the left SRS in Moscow in July 1918.

in 1920 Melkumov was in command positions in Central Asia. Much of his activity here is hidden by a veil of fog. Melkumov has been in contact with some warlords BAsmaca and, in particular, with Enver Pasha after the transition to the Basmachi. By the way, so many Basmachi suspected Enver Pasha in a double play. And for good reason.

In February 1922 Melkumova troops defeated the larger Basmachi forces in the area of Dushanbe, and supported by it is part of Enver, thus eliminating one of their rivals. Stalin and Trotsky wanted to put Melkumova court for cooperating with the robber bands, but the Armenian brigade commander was saved thanks to the intercession of Lenin.

Melkumova managed to lull his future victims. In the summer of 1922, commanding the 2nd Turkestan cambrigde, he lured and surrounded the forces of Enver Pasha. On August 4, the last of the three organizers of the genocide were killed near the village of Chagan. Melkumov then boasted that he personally killed the former Ottoman Minister of the sword.

In 1937, Stalin still Melkumova arrested, but he managed to survive the “father of Nations” and even releasing a book of memoirs about the struggle with the Basmachi.