Home Breaking Basil Trachtenberg: who was the compiler of the first dictionary of thieves... 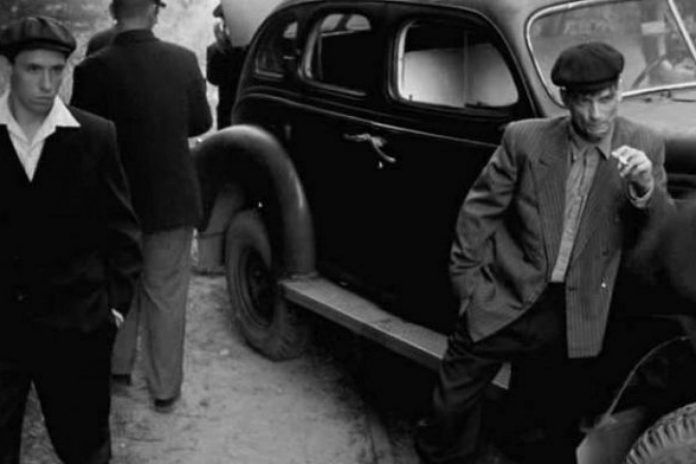 Crime 22/03/20 Basil Trachtenberg: who was the compiler of the first dictionary of thieves ‘ jargon

the fact that Russian professional criminals have Fenya – a special language, understandable only to the initiated, it was known for a long time. However, the domestic science has seriously studied this phenomenon only at the beginning of the XX century. In 1908 in St. Petersburg published a dictionary of “underworld music. Jargon jail.” Its author, Vasily Filippovich Trachtenberg, the famous swindler and sharper of his time, knew the criminal world from the inside out.

Vasily Trachtenberg was born in 1881 in the family of the owner “a special lingerie shop”, located on Bolshaya Morskaya street in St. Petersburg. Even in his younger years the son of a merchant addicted to dissolute life. For example, after a binge-drinking young man, even found naked on the street.

“a Former student of the Imperial military medical Academy, originating from a wealthy merchant family, a regular visitor to clubs and frivolous zhuir, – Trachtenberg was known around the merry Petersburg”, – noted in the book pre-revolutionary publicist N. In. Nikitin “the underworld and its defenders”.

In the end, the father was expelled carefree playboy of the house, limiting its content to 60 rubles a month. In need of funds, Trachtenberg has embarked on the road of crime.

In 1900, posing as the agent of the Russian insurance companies, Trachtenberg was deceived for 400 rubles farmer autograph, he hoped to get a job as a porter. Fake agent took the money as a Deposit and returned them.

the court found that the young man continued to lead a luxurious life (one only furnished his apartment was estimated at 10 thousand rubles). Livelihood he received a game of cards, behind which sat all night. But luck changed the Trachtenberg, and one day he lost a huge sum. When he was overcome by the creditors, the gambler tried to transfer a property to other individuals and escape. In connection with another “prank” police arrested trachtenberg in Moscow. In accordance with the verdict in the case of the autograph he was put in jail for fraud for 1 month.

upon his release, Trachtenberg, posing as “Prince Baryatinsky”, began to play cards with the wealthy. His winnings have reached tens of thousands of rubles per night. But after a while the Sharpie was accused of using marked decks. Trachtenberg attempt to impersonate the insane failed – the court found him sane and sent to jail, already at 6 months.

After Trachtenberg re-released, his first victim was a nobleman Sulkowski, from which the scammer took for sale a valuable painting, but the money for her owner didn’t. Trachtenberg went to Paris, where he showed up under a false name – this time he called himself “Prince Trubetskoy”.

Several episodes of his biography of the con man leads the journalist Mikhail Bolotovskii in the book “Gambling sermon.” In Paris Trachtenberg met with the 47-year-old Josephine Simonet, posing as the Countess. Two adventurers decided to act “big”. So Trachtenberg was involved in the case of the purchase of the Siberian gold mines, which he bought with the money of Prince Antoine of Orleans. In addition, he tried to sell to the government of France defunct mines in Morocco. When the fraudulent scheme came to light, trachtenberg deported to Russia, where he was in jail already for 3 years.

“Philologist” and the merchant

the Study of the thieves ‘ jargon – an important matter for any criminal applying for a place in the criminal hierarchy. However, Basil Trachtenberg unexpectedly approached it with scientific integrity. He began to collect words which were heard to the transfer prisons of St. Petersburg, Moscow, Vilna, Warsaw, Kiev and Odessa.

having served his sentence, Vasily Trachtenberg decided to publish the collected material. Nothing like that in Russia before it came out – at the disposal of researchers FeNi was Rdoes the dictionary thug vocabulary drawn from the novel by Vsevolod Krestovsky “Petersburg slums”.

To work on the “Thug music” Vasily Trachtenberg managed to attract the famous philologist, academician Ivan Baudouin de Courtenay, so the dictionary can be called scientific in the full sense of the word. Of particular interest are detailed dictionary entries are based on personal experience of the prisoner trachtenberg. Take, for example, pictorial description “Plover’s hunting” – the practice of night fishing bedbugs in Russian prisons.

the following year, Trachtenberg continued his literary career, releasing a book about the adventures of his “colleagues” – adventurer Nicholas Savin. Then, apparently, Trachtenberg “tied” with the past, taking up after his father a merchant craft. As of 1910 he was listed as the owner of the library and bookstore in St. Petersburg.

After the October revolution Vasily Trachtenberg, presumably, was in exile. Dead adventurer in Greece in 1940. But the memory of Vasily Trachtenberg continued to live in the Russian criminal community. Perhaps it is in his honor took the pseudonym of a famous scammer already of the Soviet era Benjamin Weissman.