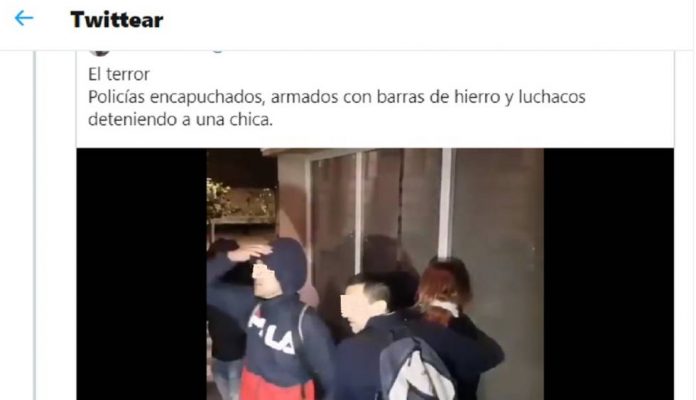 around a casual date in a bar out some interesting projects. A gathering of friends for a few drinks emerged the mission of israel to the Moon. Something similar happened with a recent research on the characteristics of the hoaxes or fake news on Twitter, one of the major social networks. Miguel Molina, scientific data that I researched at the Imperial College of London, while talking with Juan Gomez-Romero, department of Computer Science of the University of Granada, it occurred to him to develop a system to detect hoaxes. Their preliminary results to detect patterns of writing, sending, and behavior that open the door to ending the plague of misinformation. Twitter, however, warns of the limitations of similar studies.

“The first thing was to delimit the field of research and to define fake news,” says Molina. “Very briefly, lies are intentional looking for money or traffic,” he explains. This definition coincides with other of this same field that you link the proliferation of fake news to attempts of destabilization, influence and monetization.

“A family member or a friend may think that you are sending information that you believe is true, but has no intention in it”, explains the researcher. With this premise, the team, with the collaboration of the Imperial College, he began to collect, annotate, and select tweets that responded to his object of study.

The application of statistical analysis and mathematical on the material threw some particular characteristics in the wording of the fake news: they tend to incorporate capital letters, exclamations, emoji (pictograms), drawings, pictures, and videos. “Looking to surprise, to draw attention,” argues Molina.

Tweet released last October 22, in the that, heading with the expression “Nights of horror in Catalonia”, is attributed to the police the “sequestration” (Deprivation of freedom of movement of a person or group of people, demanding in exchange for his release, the fulfillment of some condition, as can be the payment of a rescatede) of a “young man”. It is the detention of a woman in Tarragona by the riots against the judgment of the procés. The judge of the Court of Instruction 1 of Tarragona, in functions of the guard, issued the order of provisional detention without bail for the accused.

This behavior is intended to fish in the waters of the polarization, that is to say, “work because the recipients are willing to believe the false news.” With that complicity between the transmitter and receiver, the capacity of penetration and diffusion is multiplied. Its bursting already get the desired effect when the intention is to influence. If, in addition, it wants to get money, includes links to transfer traffic to a particular website in order to monetize the visitors or attract purchases or payments.

The work, published in the international journal IEEE Access, analyze mathematically other features of tweets, such as the metadata that identify the account, the author, the number of followers, favorites, contacts, or date of registration in the social network.

All of these features, filtered by a computer program, have allowed to determine that the accounts that you share erroneous information is created linked to an episode (disturbances in Catalonia, elections, Brexit) concrete of today. In this way, in addition to having more options to capture the attention when added to topics that are trend, benefit from a lesser time of the computers of the social network and outside to be verified.

have Also detected that the accounts of fake news use strange characters in your name as in your description, and have few followers, but follow many users to attempt to win their support and to serve as the transmission belt. This behavior, known as reciprocity, altruistic, allows that “the creation of links directed to other nodes impulse to the latter to reciprocate by creating a link with the first”, according to the research.

In this way, whether they are created by bots or by people, both in their creation and in the dissemination strategy seek to exploit biases in human known, as the confirmation (the tendency to encourage, seek out and remember information that confirms one’s own beliefs) or as the above-mentioned reciprocity altruistic.

The model developed by Molina and Gómez with the collaboration of the Imperial College allows you to establish a numerical rating on the chances that the tweet analyzed to be a hoax. In this way, you can set a numerical code (50% of being fake news) or color (red or green) to warn the reader that could be found to a lie intentionally.

The current system of manual checking are not able to respond to all of the traffic that is generated, a circumstance that take advantage of the propagators of hoaxes to flood the networks. With a mathematical algorithm, at least it could give users what type of information they are receiving and the likelihood that it is a falsehood, explains Molina.

The social network has welcomed the investigation and reiterates that for similar projects available to the public free of charge the data of their application programming interface (API). “No other service or platform do this”, say company sources.

however, the social network recalls that his director of Integrity, Yoel Roth, has already warned of the defects and failures in the research of bots or messages created automatically. “We see a large amount of research (…) to conduct comprehensive assessments of the behaviors of the account using only public signals, such as the location (if cited), the content of the account, frequency of tweets and the accounts that follow. To be clear: none of these indicators is sufficient to determine the attribution definitely. Search for accounts that match the disclosed approach is equally flawed, given that many of the bad actors mimic the legitimate accounts in order to appear credible. This approach also often capture wrongly the voices legitimate that share a political point of view particularly with the that one do not agree”.

“Prior to participating andn this type of research and to make these statements, you should consider the ethical standards. To do otherwise does not promote the public knowledge, but that runs the risk of undermining deeply trust in the public debate and the conversation,” warns Roth.