Home Business Castration of piglets: the coalition allows the castration of Piglets without anesthesia... 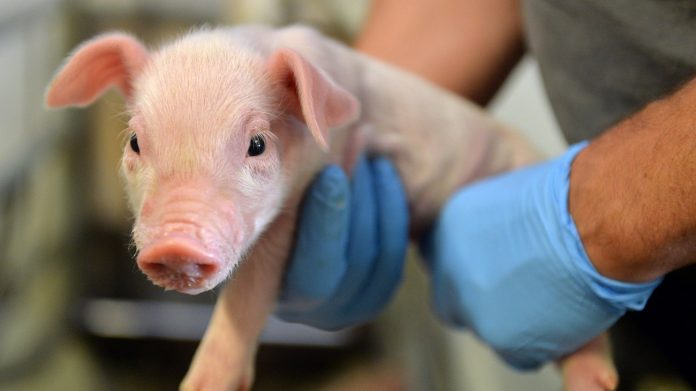 The Federal government postpones the planned ban on the castration of Piglets without anaesthesia. As the group of the CDU/CSU announced on Friday an agreement on a draft law for the transitional period until the complete ban of two years will be extended. According to the current state, it should be from January 2019 to be prohibited to castrate piglets without anesthesia. The coalition leaders had agreed already in the beginning of October on a longer transition period.

Green MEP and former agriculture Minister Renate Künast criticized on Twitter, the coalition to soft the animal protection act. The Grand coalition was the “nightmare” of the animals.

The proposed ban from 2019, it was decided with the Reform of the animal protection act in 2013. In Germany, millions of piglets are castrated a few days after birth without anesthesia. In order to avoid that the meat from boars gets a strong odor and aftertaste. Animal rights activists criticize the practice.

The farmers ‘ Association had lobbied for a postponement and argued that there is still no viable alternative procedures. He referred to the generally difficult economic situation of many pig farmers.

The CDU politician Gitta Connemann said: “Without an Act of the legislature the small farms would be starting next year with an insoluble Problem.” There is currently no marketable or viable Alternative to Piglet castration without anaesthesia, said the Deputy Chairman of the CDU/CSU parliamentary group. “A ban without an Alternative, would force many of the sows holder to the task.” The result of the migration of the Piglet production would be abroad, argued that Conn man.

Required veterinary medicines are not yet approved, the alternative method would not, as yet, accepted by trade and consumers. The two-year transition period must now be used to develop animal welfare-friendly Alternatives to the practice, said Conn man.

The German animal protection Association is contrary to the representation of the CDU-politician said: “With the boar fattening, vaccination against boar taint (immuno-castration) castration under General anesthesia and with pain medication, there are three methods that are already put into practice,” said the Association. The animal protection law does not apply so far “for around 20 million male piglets are castrated every year in Germany betäubungslos”. The bill was a “betrayal of the piglets and the state goal of animal protection – the industry does not move and the coalition government therefore extended simply the suffering of the pig”.