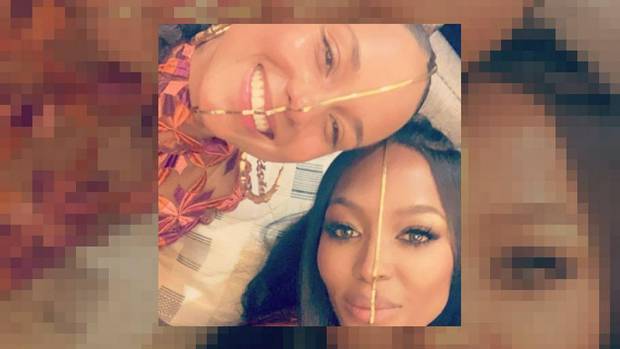 Alicia Keys (l) and Naomi Campbell are together in Senegal

Two female style icons in one picture: singer Alicia Keys (38, “Girl on Fire”) and Model Naomi Campbell (49) are in the Moment together in Senegal. Keys posted a joint Selfie on Instagram and commented on it with the words: “I and my sister, the great Naomi, both have a Smile on your face and experience the love and beauty of Senegal.”

In Dakar, the capital of the West African state, is the “Black Rock” – called the Studio of the American painter Kehinde Wiley (42), who painted, among other things, the official image of former U.S. President, Barack Obama (57). Among his customers, the “King of Pop” Michael Jackson (1958-2009), alongside Hollywood Star Denzel Washington (64) and music legend Elton John (72). But the two women were not only in the case of Wiley to be a guest, but visited at the time of their Visit in Senegal, projects in the areas of youth sports, Recycling and women’s work, such as Alicia Keys shows in one of her Instagram Stories.