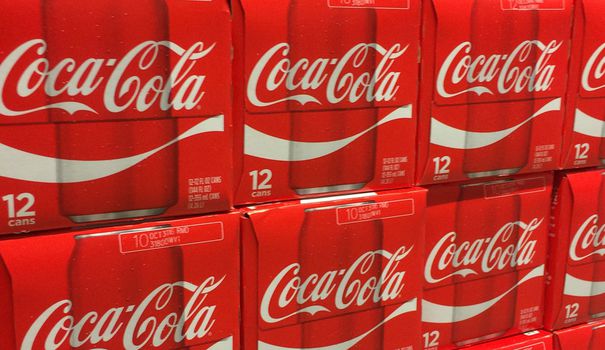 The american company Coca-Cola reportedly spent 8 million euros in France to influence health professionals and researchers, says a survey by the daily newspaper Le Monde. According to the newspaper, the aim is to divert attention from the effects of sodas and other sugary drinks on health.

“Since 2010, Coca-Cola has provided over 8 million euros to experts and to various medical organizations, but also sports or events”, writes the daily, which says: “in France, as elsewhere, (these) funds are in a large majority of the communication or sponsorship pure, and not a genuine scientific work”.

“forget the risks related to its drinks”

According to The World, all part of an investigation on the lobbying of the multinational company, published in 2015 by the New York Times. Before the scandal, the firm promises the transparency and publishes on its website the names of the experts and the list of activities that it has financed in the United States. “In France, the insistence of the NGO Foodwatch forced Coca-Cola to publish in April 2016”. What are these data, since updates, the daily is said to have “sifted out”.

“Dieticians, nutritionists, or doctors of sports : most of the eighteen persons named are health professionals – the most legitimate to discourage the consumption of sugary drinks to their patients, but also in the media and conferences,” according to The World.

The financing of the multinational company, the owner of Sprite, Fanta or Minute Maid, are intended to “make forget the risks related to its drinks” sweet highlighting the role of lack of physical activity in obesity, according to the daily.

Clauses, to exercise an influence on the scientific work

In addition, a study of a journal specialized in public health, the Journal of Public Health Policy, published on may 8, reveals that the multinational landscape of multiple clauses, to exercise an influence on the scientific work that it sponsors. The daily states that the multinational company reserves “the right to prevent the publication of any result that would not like”.

The authors of the study, led by Sarah Steele, professor of law in public health at Jesus College, University of Cambridge (United Kingdom), were able to review five agreements concluded between Coca-Cola and us academics and eminent canadians.

Coca-Cola admits to produce 3 million tonnes of plastic per year Coca-Cola captures the French brand Tropico The water, the new battlefield of the giants of the soda

The firm, sums up Sarah Steele, “there reserve the right to terminate the contracts without cause,” and “the terms and conditions of these contracts are not consistent with the statements made by Coca-Cola on its website” in terms of transparency.