Home Business Congo: the number of Ebola cases since the end of March, almost... 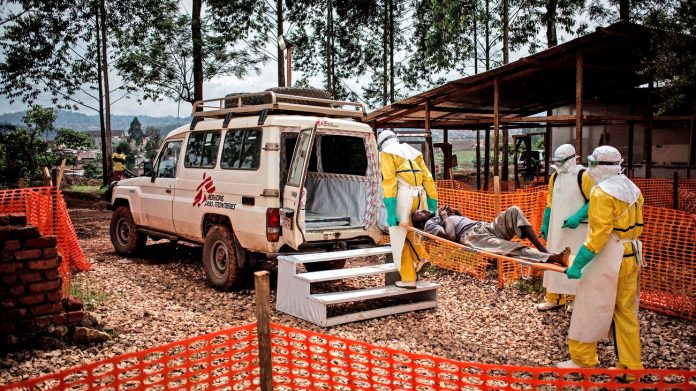 In the East of Congo has spread, the Ebola epidemic is dramatically more. In the past week had been 126 confirmed new registered cases of hemorrhagic fever and 83 deaths, said the Ministry of health in Kinshasa. So many new cases in a week have not given it before. Since the end of March, the number of diseases has jumped by almost 50 percent in the amount of from about 1,000 to about 1,500. The Virus that causes the disease Ebola is one of the most deadly of the earth – more than half of all infected, it dies. Since August of 2018, it is once again in the Democratic Republic of the Congo.

“These new cases are worrying,” said Congo coordinator for the fight against Ebola, Aruna Abedi. The epidemic could not last for long, as long as the population follow the hygiene recommendations of the authorities, warned Abedi.

Despite international efforts, aid workers do not get the epidemic under control. Also, the number of deaths has recently been rising rapidly, from about 630 at the end of March to around 950. Helpers have a hard time, the outbreak in the provinces of North Kivu and Ituri curb, because of the Region’s numerous militias are active. Repeatedly there were attacks on Ebola-centers. At the end of April, a doctor in the world was killed health organization (WHO).