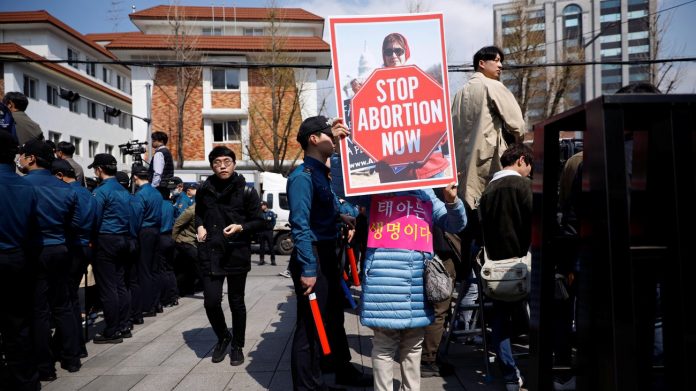 South Korea’s constitutional court has declared the decades of strict prohibition of abortion to be unconstitutional. This infringes the right of women to health, by giving you access to “safe, secure and timely interventions”. Since embryos were dependent for their existence entirely on the body of their mother, could not be regarded as separate, private living creatures with a right to life, ruled the court.

The constitutional court called on the South Korean Parliament to change the relevant legislation by the end of 2022: abortion should be made possible in the early stages. Also, it is against the Constitution to punish Doctors who perform an abortion.

so Far, a strict prohibition of abortion on the basis of a law from the year 1953; exceptions are only allowed in cases of rape, incest or danger to the life of the mother is in South Korea. South Korea is one of the few industrialized Nations in which such a blanket prohibition. Women a prison sentence of up to one year threatens in the case of abortion, Doctors have to expect two years in prison. Many women ignore the ban, however, to be pursued but rarely in court.

opponents of the law criticize it women mandatory abortions dangerous secret Pregnancy and ensure that they would be excluded from society. In front of the court building, hundreds of women celebrated call the verdict with Cheers and hugs.