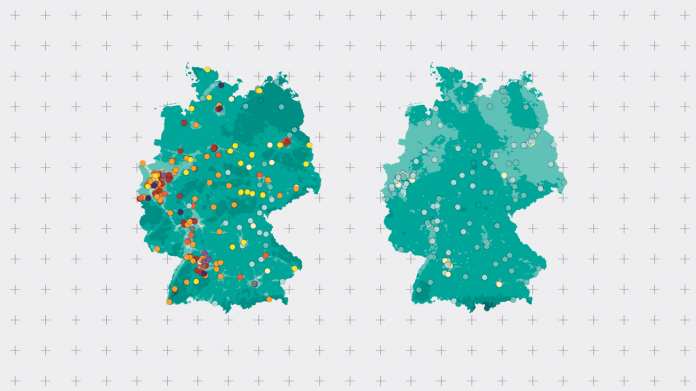 Which air is Better air in Germany

The EU annual limit value for particulate matter (here PM10) 40 µg/m3 Germany is adhered to. In the year 2018, for the first time exceeded the permitted daily average in just one industry, the middle measurement station, in North Rhine-Westphalia. The pollution with nitrogen dioxide. The limit value of 40 µg/m3 in the annual mean, but is not observed in a number of cities still.

Pictured is the ratio of the size of the particles to each other, not their actual size. PM-10-particulate matter is at a maximum as large as the individual cells of organisms and, thus, to the naked eye invisible.

world map of the inequalities

source: WHO Global Urban Ambient Air Pollution Database In 2016, can breathe freely and where the Smog is at its worst

cities with the lowest and the highest exposure to fine dust PM 2.5*

The EU is significantly more fine dust allowed in the air, as the world health organization (WHO) recommends. This is true for particles of the size classes of PM 10 and PM 2.5. Also, the USA, Japan or Switzerland have more stringent limits than the EU.

The most important air pollutants are:

Worldwide, the health burden from fine dust. Is specified, the number of premature deaths per 100,000 inhabitants.