Home Business First DUI Offense: What You Need to Know About Miami Law 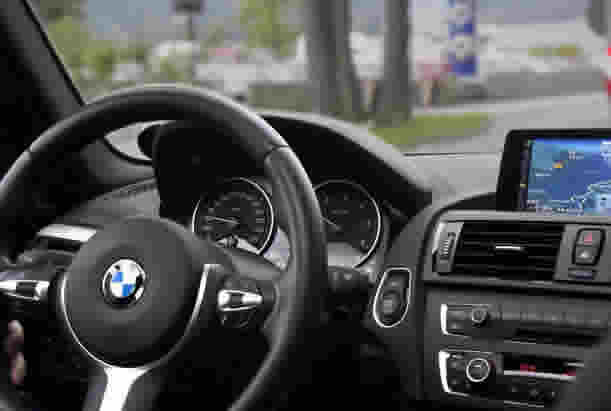 So, you were charged with drunk driving even though your breath or blood was not tested. If the police arrest you for DUI, they think that you are drunk. Sometimes, judgment is based on the police officer’s opinion and nothing more. Unfortunately, you can get arrested and convicted in spite of the fact that no blood or alcohol tests were given. This is the way things are. What are you supposed to do? Keep on reading to find out. in this article, you will find helpful information for your Miami DUI case.

What Do You Need to Know About DUI Laws in Florida?

The consequences of driving under the influence vary from state to state. While some countries prefer the term driving while intoxicated, others refer to it as operating under the influence. Drunk driving is considered an offense under Florida law. This means that it is an illegal act. If this is your first DUI conviction, you are lucky because you do not have to pay exorbitantly high fines. The fine is between $500 and $1,000. Nevertheless, if you had a passenger under 18 years-old in the car, the fine goes up from $1,000 to $2,000. The judge has the liberty to determine jail, fines, not to mention license revocation.

If you are a first-time offender, you might be required to do community service. The sentence will, of course, have something in common with the crime. It is your responsibility to complete community service. If you get caught, you will be obligated to repeat the process all over again. The chances of being imprisoned are slim, but there is no way to know what will happen. You will be imprisoned only if the court decides so.

While it is not against the law to drink, driving with a blood alcohol concentration of 0,08% is illegal. If you say no to the blood and breath test, you will only prove culpability even if there is no proof against you. What the police officer can do is emit an electronic warrant from a judge and force you to take the test. Refusal to take the test will earn you extra jail time and your driving license will be suspended for a longer period of time.

Many factors come into play as far as the DUI conviction is concerned. In addition to the blood and alcohol level, emphasis is placed on prior convictions, if there are any, and if the incident involved injuries or fatalities. Attention needs to be paid to the fact that an unfavorable verdict can have important ramifications.

The Stages of A DUI Case

The Miami DUI law enforcement process comprises multiple stages. You must become familiar with the series of actions. An educated and prepared person can argue their case and even get the drunk driving conviction dismissed before things go to trial. In what follows, we will present the stages of a DUI process:

Police officers are trained to detect drunk driving. They rely mostly on observation. Police officers look for common signs of intoxication, such as exceeding the speed limit or deviation from designated lanes. Police officers will pull over drivers and look for further evidence of alcohol consumption like dilated pupils, red eyes, and smell of alcohol. If they did not have probable cause that a crime was committed, you can fill a civil rights lawsuit. An attorney can get DUI charges to be dismissed. You can beat this at trial, so it is worth trying.

After having been arrested, the police officers will bring you into custody. Important information will be recorded. Police officers will want to know details such as your name, address, age, and, last but not least, physical characteristics. Your car will be impounded and taken to the lot. The booking process is time-consuming. It could last a few hours or longer, depending on how busy the law enforcement officers are.

If you do not have bail money, you cannot go home. You are required to post bail if the officer does not let you go on your own recognizance. What does this mean? It means that you make a written promise saying that you will be present for future court appearances and not commit legal activity. Taking into consideration the overcrowding at Miami jails, the likelihood is that you will not be required to post bail, especially if this is your first drunk driving conviction.

The vast majority of people do not comprehend what happens at a DUI trial. They are overwhelmed by the experience. If you plead “not guilty”, the DUI case automatically goes to trial. The prosecution will argue its case, trying to prove that you are guilty for driving under the influence. Needless to say, the attorney will present arguments in your defense. Maybe you were arrested and did not have your Miranda rights explained. A legal professional can handle numerous challenges.

The jury will be given time to deliberate. They will reach a conclusion with a verdict once they get the facts straight. When they reach a verdict, the case is over. If you are found guilty of drunk driving, your punishment will be determined. A sentence includes not only hefty fines but also probation. In some cases, you can go to jail. However, if you have an experienced DUI attorney representing you, you have nothing to worry about.

To sum up, a DUI case can begin with an arrest for no reason. Every part of the case needs to be carefully examined by an attorney with experience. Driving under the influence is a highly specialized case, which is why you should hire someone who focuses on defending drunk drivers. They can get your charges reduced and they are able to save your driving license. Hire the best legal professional that you can find. Those who offer their services for a cheap price are not worth it. Why? Because you will end up paying more in the long run.