Home Breaking Gaston Glock: why the Creator of the pistol adopted by the Russian... 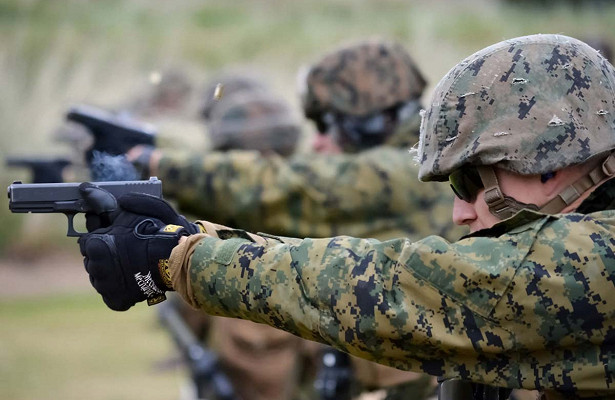 Weapons 11/03/20 Gaston Glock: why the Creator of the pistol adopted by the Russian interior Ministry, tested the gun with his left hand

Austrian Gaston Glock and certainly could not imagine that one day I will become the Creator of the world famous gun. However, in 1980 it happened. It is noteworthy that the Glock he tested his creation in his own garage. The engineer used the non-dominant right hand and the left. And the Glock was the cause.

the History of Glock

a Native of the capital of Austria, Gaston Glock for many years did not even know that one day it will become a maker of firearms. According to Andrew Melnikova, the author of the publication “the Most famous weapons of the world” in 1963, the 34-year-old engineer set up his own firm. The company, located near Vienna, studied quite a peaceful thing – the development and production of conventional curtain rods. But soon the young company was incredibly lucky: the Glock managed to conclude contracts with the Austrian army for the production and supply of various equipment (digging tools, knives, belts, pouch and other things).

This, apparently, was the reason that Gaston Glock, who never held a weapon in his hands, was fascinated by the design of the new gun. Glock started this back in the mid 1970-ies. Fate was again kind to the businessman: according to Vyacheslav Volkov, author of the book “Modern firearms of the world”, in 1980 the military of Austria announced a competition to create a new army pistol. The competition was attended by such famous gun brands such as: “Steyr”, “SIG-Sauer” and “Heckler und Koch”. But the owner is unknown then the company “Glock GmbH” decided to try his luck.

the Creation of new gun

Gaston Glock, along with his staff now began to seriously develop a new firearms for the army. Later a few months Glock introduced the upgraded gun, designated the Glock 17. As Dmitry Alekseev writes in his book “Firearms”, such name was due to the fact that the capacity of the gun shop Glock was a record for that time of 17 rounds. Another distinctive feature of the Glock 17 was that in the production of the pistol was widely used composite materials. For example, a receiver and a frame arms were made out of high strength polymer material that withstand temperatures from -40 to +200 degrees.

However, according to the experts, Glock 17 proved to be a reliable and safe weapon. However, the Gaston Glock, not being too experienced gunsmith, not in a hurry to entrust the child, especially in the development stage. By the way, Glock designed his pistol in the garage, as well as knives and other accessories. There, in the garage, the engineer tested and Glock 17. Despite the fact that the Glock was right-handed, he was shooting from the experimental model of the gun, using his left arm. If you believe the authors of the publication “Deconstructing product design” (“Deconstructing Product Design”, William Lidwell, Gerry Manacsa), Gaston feared that the gun would simply explode and damage him a leading hand. But when injuries left hand Glock would be able to continue working.

Global recognition and attack with the hammer

In the end, the efforts of Gaston Glock was a success. According to Semyon Fedoseev in his encyclopedia “Russian pistols and revolvers”, in 1983, the Glock pistol was adopted by the Austrian army. However, there is another marking – P-80. Subsequently, the P-80 began to use law enforcement officers in many countries. There are not less than 60: it’s Austria, Norway, Sweden, and the Netherlands, and the United States. And since 2006, the Glock pistol was included in the list of foreign models adopted by the Russian Ministry of internal Affairs.

it is Noteworthy that the Gaston GLocke, who once was afraid to damage the arm when testing a gun, risked to die not from firearms, but from a regular hammer. In the summer of 1999 in the Parking lot at Glock attacked by an unknown assailant armed with this tool. It turned out that the killer was hired by a partner of the Austrian engineer Charles Evert mentions in his book “Glock: rise of American weapons,” Paul Barrett (“Glock: The Rise of America’s Gun”, Paul M. Barrett). Evert simply wanted to hide the theft. However, the Glock survived. Ewert was sentenced to 20 years in prison and a failed killer to 17 years in prison.

Recommended statesalaska… Share: Comments Comments on the article “Gaston Glock: why the Creator of the pistol adopted by the Russian interior Ministry, tested the gun with his left hand” Please log in to leave a comment! br>
Share on Tumblr