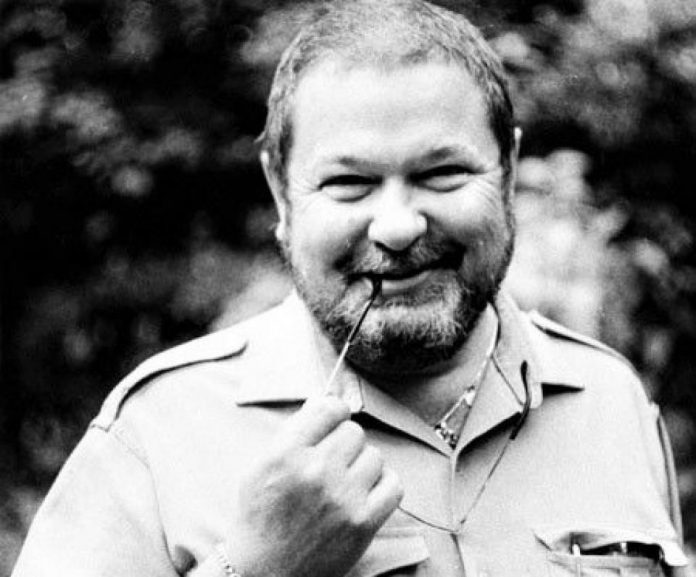 When, in 1973, the screens out the film “17 moments of spring”, during his show in cities of the USSR were empty streets. Journalist and writer Yulian Semyonov, on the novel that created the script of the film, quickly became one of the most popular authors of our country. The great success enjoyed the film “Major Whirlwind”, “TASS is authorized to declare”, “Confrontation” and others, made from his works. In the perestroika period the whole country was reading a newspaper “top secret”, Creator and editor of which was also Semenov. His detectives were queue the film on his scripts snapped up a quote. However, not everyone knows that in his youth Julian Semenovich predicted a career athlete, he was an excellent boxer and even made a living by participating in underground fights.

the Youth of the writer

Real name Julian S. Landres. He was born in Moscow in 1931. His father, Semyon Lyandres, was a prominent Soviet publisher, friend and comrade Bukharin. In 1948 Julian Landres entered the Institute of Oriental studies. During the period of studentship, he became close to Yevgeny Primakov. At the Institute, Julian studied languages Pashto and dari, spoken in Afghanistan and other countries in the region, and preparing for the work of the translator, and international journalist. He was fond of Boxing. In 1952 his father was arrested for “aiding the Trotskyist saboteur Bukharin”.

Juliana was forced to renounce his father, to issue a public condemnation of its activities. Yulian Semenovich not only agreed, but as he could, fought for her father, wrote letters to various authorities, defending his innocence.

Family, before that lived in abundance, immediately began to experience material difficulties. Julian took odd jobs, unloading the cars at night to help mother and to haveopportunity to wear father’s transfer to prison. From the Institute, he was expelled to recover was only after Stalin’s death.

It was during this difficult period Yulian Semenovich and began to step into the ring for the money.

In a society “Spartak”

Julian Landres Boxing in the sports society “Spartacus” at the famous coach Vitaly ostroverkhov. Before the war Vitaly Andreevich became the champion of Moscow among juniors. In 1941, he went to the front as a volunteer. Came back with orders and medals, but … no hands. Of course, on continuation of sports career had nothing to think, and then Vitaly Andreevich became a coach and creates in Moscow the famous Boxing club. Vitaly Ostroverkhov has produced many fine athletes, not just to defend the sporting honour of the USSR and became the winners.

Julian was not the only cultural figure who trained at ostroverhova. To his club for some time went and Vladimir Vysotsky.

Julian made progress, the coach has promised him a good future in sport. Julian chose literary, journalistic activities. However, Boxing really helped him at a difficult family time.

Vitaly Ostroverkhov staged fights in the club. As spectators there were going to Moscow Bohemians and other lovers “to tickle nerves”, because the very idea of pay fighting with the tote was deep “non-Soviet” and belonged to the category of prohibited “Western” entertainment. For pupils ostroverhova it was not only a great school a hard fight in the ring, but to make money. After each match, the athletes received thirty roubles – quite nice for those times money.

Future writer Yulian Semyonov were among those fighters, which the coach admitted to these fights. The reason for this confidence is simple: the Julian family experienced financial difficulties and desperately needed the money. These are the kind of guys coach were invited to their “informal”program.

Moscow journalist Oleg fochkin in his article “the Life and myths of Juliana Semenova” writes that the paid fighting was not always honest. When the future writer said, “Yulik, this guy needs to win, and you will go to a knockout”, he calmly walked out. In one of these paid fights his nose was broken. But Julian only laughed: “Nothing, my nose is broken, but thirty in the pocket!”.

the writer’s Daughter, Olga Semenova, told in an interview that her father’s training and hard fighting was also an opportunity to overcome your fear. Fear lived in the family of Landreau 30 years since the arrest of Bukharin. There were nights when mom and dad were just afraid to go to sleep, expecting that they will arrive on the “black funnel”. Of course, Julian has seen it all. And Boxing was his way to overcome uncertainty and fear. As Olga says about her father: “He then, in my opinion, nothing to fear”.