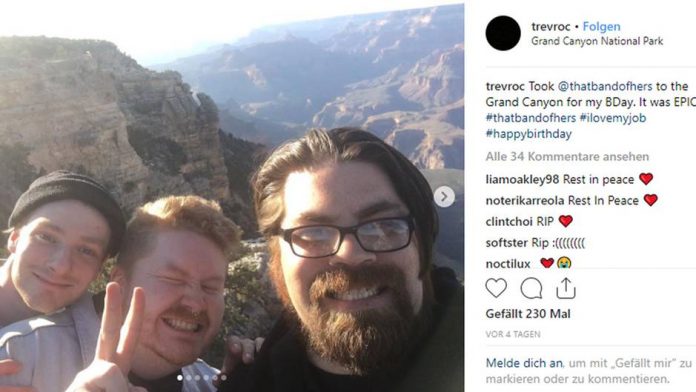 The accident-the death of British Indie Band’s moved many people. In the night from Wednesday to Thursday, the Duo consisting of Steven Fitzpatrick and Audun Laading, as well as the tour Manager, Trevor Engelbrektson came tragically killed. “Our hearts are broken,” writes their Label Heist or Hit on Facebook. “Your energy, vitality and Talent have shaped our Label.”

Only last year, had brought it to her debut album, “Invitation of’s”, the Duo was considered a promising music hope. Now they wanted to present the songs to their Fans in the United States. 19 sold-out concerts had been planned, explained their label Heist or Hit. However, the gig in Phoenix, Arizona, was her last.

cars went up in flames on

On the Highway in the direction of Santa Ana, California, where her last appearance was to take place, was hit by the tour bus frontally by a Pick-up Truck. Both vehicles went up in flames and were completely destroyed. In addition to the three occupants of the tour bus, the driver of the pickup died, as CNN reported. The Pickup will be driven according to media reports, on the wrong side of the road.

The Englishman Fitzpatrick and the Norwegian Laading had met in Liverpool and the Band’is founded. As a promising newcomer band, they were featured by the BBC and the Guardian. The Fans reacted with dismay to the news. Also, the Band Coldplay said on their Facebook page their condolences.

It’s with great joy and a strong sense of rock that, with east coast and TX graduate diplomas in hand, we have made our way to Seattle for the first joyous congregation with @theunder cover of dream lovers tonight! ??????? Tell your tutor because our rock-n-roll study group is gonna be rolling down the west coast~ ?? Special thanks to everybody whose come out so far, you’ve all moved into a special little house in our hearts ??✨ kick ass Dallas photo by @heistorhit

Two days before the accident, had a tour Manager Trevor Engelbrektson published on his Instagram channel a Selfie with the two musicians in front of the Grand Canyon. “It was epic,” writes Engelbrektson, had a birthday on this day. In her last Instagram Post, the Band wrote, it’s a great American was-Tour: “It’s almost time to come home.”