Home Breaking James Dresnok: what happened to the American soldier who sought refuge in... 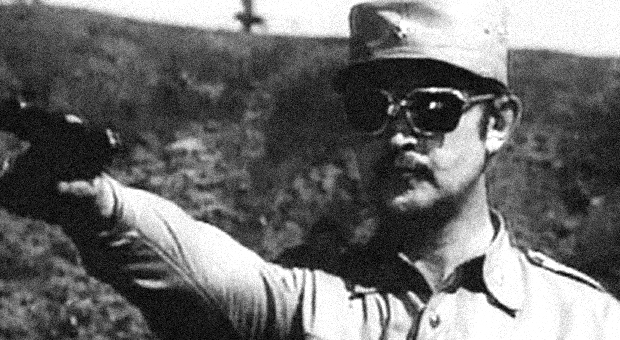 Biography 12/03/20 James Dresnok: what happened to the American soldier who sought refuge in the Soviet Embassy in Korea

James Dresnok famous throughout the world as a defector who voluntarily left their native United States for the subsequent spot in North Korea. However, in 1966, Dresnok wanted to move from Korea to the USSR. For this, he appeared at the Soviet Embassy in Pyongyang.

Service in the us army

according to the author of the book “of Modern North Korea” Ian Jeffries (“Contemporary North Korea”, Ian Jeffries), James Joseph Dresnok was born in 1941 in the city of Norfolk (Virginia, USA). Dresnok the couple divorced when the boy was barely 10 years old. For a time he lived with his father, and then was placed in a foster home. But James is not delayed: after his 17th birthday, he chose to leave the new home and school, going on military service. Before West Germany Dresnok also managed to acquire their own family.

However, the failure continued to haunt James Dresnok. After serving 2 years in Germany, he returned home and learned that his wife is already living with another man. In desperation Dresnok decided to return to the army. This time the young man was sent to serve in South Korea. But at the us base, James also did not sit still. If you believe the author of the publication ” Area-only invitation: the true story of the project of kidnapping in North Korea,” Robert Boynton (“The Invitation-Only Zone: The True Story of North Korea’s Abduction Project”, Robert S. Boynton), Dresnok forged signatures on documents in order to renew severance.

a Living weapon of propaganda

Soon James Dresnok was accused of falsification of documents and appeared before a military Tribunal. The prospect of incurring severe punishment of Dresnok not happy. Therefore, on 15 August 1962, while colleagues James were busy lunch, he decided to escape. As mentioned in the book Eric Grymkowski “Strange United States: 1001 scary, weird, outrageous fact” (“The United States of Strange: 1,001 Frightening, Bizarre, Outrageous Facts”, Eric Grzymkowski), in order to enter the territory of North Korea, Americans had to overcome a minefield with a length of 2.5 miles. As recognized by Dresnok, he wasn’t sure that he could stay alive.

Such a life soon grew bored with the James Dresnok. In 1966 he and a few defectors came to the Soviet Embassy in Pyongyang in the hope to move to the Soviet Union. But visitors to the shelter refused, returned into the hands of North Korean authorities. So Dresnok decided to stay in North Korea. However, American did not regret his decision. In Korea, he made a good career. In particular, according to the author of the book “North Korean cinema: a history” Johannes Singer (“North Korean Cinema: A History” Johannes Schönherr) Dresnok starred in the spy series “Nameless heroes” as an American villain. In addition, he translated some works of Kim Il-sung in English.

and the female attention James Dresnok in Korea was not deprived. Writes Justin Corfield in the publication of “Historical dictionary of Pyongyang” (“Historical Dictionary of Pyongyang”, Justin Corfield), Dresnok again Wanilca. His choice was a Romanian Doina, Bumbea. She bore James two sons. After Bumbea died from cancer, the American got a new wife. The daughter of a Togolese diplomat and a Korean woman gave Dresnok another son. This marriage was to James Dresnok last. In 2016 he died in Pyongyang as a result of the stroke.

Featured articles Share: Comments Comments on the article “James Dresnok: what happened to the American soldier who sought refuge in the Soviet Embassy in Korea” Please log in to leave a comment! br>
Share on Tumblr