Home Breaking “Massacre in Treuenbrietzen”: what the Germans accuse the Red Army 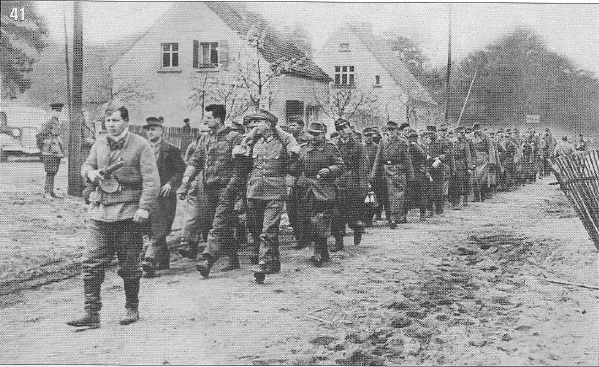 History 12/03/20 “Massacre in Treuenbrietzen”: what the Germans accuse the Red Army

After the reunification of Germany in this country with a new force began to hear the voices of people, who claimed that the Red Army in 1945 killed civilians. Another reason for the accusations against the Soviet soldiers was “excavated” ethnographers tragedy in the city Treuenbrietzen. However, even the Germans understand that all of this history known to very few.

According to the official version, the release Treuenbrietzen from fascism in the spring of 1945 were almost indistinguishable from similar events in other cities, the current Federal land of Brandenburg. In the Soviet information Bureau reports, the city was mentioned only once – on April 23. A day earlier, as reported, “the troops of the 1st Ukrainian front, going on the offensive, broke through with the support of massed blows of the artillery and aviation to the heavily fortified and deeply echeloned defense of the Germans on the Neisse river, has advanced from 80 to 160 kilometers”. Among the settlements, which was taken by the red army, there were Treuenbrietzen Prussian town of 7 thousand inhabitants. According to the historian Alexei Isayev, first entered the city brigade 5th guards mechanized corps 4th guards tank army. The Germans made unsuccessful attempts to recapture Treuenbrietzen 23 and 26 April.

After the war, the inhabitants of the city, which became part of the GDR, the carefully cared for Soviet military cemetery. Here are buried 240 soldiers and officers of the Soviet army, including Heroes of the Soviet Union Lieutenant Colonel Nicholas dyakina and senior Lieutenant Fedor Garinskogo. The last, heading a group of 8 scouts, was killed during operation to rescue prisoners of war from concentration camps near the city.

In 2008 the authoritative edition of Die Welt stirred the German public article Michael Mielke “Massacre in Treuenbrietzen – taboo dropped.” In it they talked about allegedly committed by red Army soldiers mass murder, details of which is deliberately suppressed in the GDR.

for the First time this subject back in the mid 1990-ies raised by the Director of the city Museum Treuenbrietzen Wolfgang ukshe. In his opinion, the massacre of civilians occurred during the forced “evacuation” of residents. Citizens (mostly men), was allegedly taken out into the woods and shot, and then there was buried. Those who contrary to the orders of the Soviet command remained at home, moved into the category of rebel, and also could be killed. According to the Soviet version, people were forced to leave their homes, to the contrary, to protect them from the fighting.

the Journalist Mielke refers to the testimonies of local residents. For example, Gerda Berkholz, which in 1945 was 14 years old, said that “the street was strewn with corpses” and that the events looked as if the Russians chased the Germans “through the system”.

a Mass murder was considered a revenge for Russian actions of one fanatical Nazi. This man, who worked in a munitions factory in the town remembered under the nickname SS-shredder, as he always wore black uniforms. On April 21, when the Red Army first for a short time became Treuenbrietzen, he opened a fire from her bedroom window and killed the officer (according to the Germans, it could be Garczynski). Another hypothesis is that Soviet soldiers took revenge for the fact that they not just managed to gain a foothold in the city. A nod to the shooting of civilians in case of need, allegedly gave himself a Marshal Georgy Zhukov.

the article mentions about the death of 1000 people. Other sources give much more modest figures. According to various estimates, the red army shot up from 30 to 166 civilians – such data appear, for example, the report of the government of Brandenburg. In 2008, the Potsdam Prosecutor’s office appealed to the Prosecutor General of Russia for help in identifying the perpetrators. But about any results of the investigation since then never reported.

Russianthe UW researchers point to inconsistencies in the German version, especially emphasize that the shooting could be payback for the murder of an officer.

“Given the data on losses, it is doubtful that a reason for revenge could be killing one of the officers, – said the expert of the Russian Council on international Affairs of Nikita Mendkovich (cited in the journal “Current history”). And if it was 21st or 22nd, according ukshe, why the reaction to it followed only a day later? Also it is doubtful that in conditions of heavy fighting the 10th and 11th brigades were able to identify a sufficient number of personnel for convoy and the execution of 1000 people”.

as for the eyewitness accounts of the disposal of the local people in the forest and their execution, as the Mendkovich, was a tragic coincidence. In the grove South of the city, the red army probably assembled mobilized into work battalions of Germans of military age. But in these places, according to the memoirs of Soviet soldiers, on 23 April the enemy launched a counterattack. During the fighting, caught in the crossfire, civilians could die. And as many details about the fate of residents Treuenbrietzen announced, the idea was born about a mass shooting.

it Remains to add that the truth about what happened can, apparently, only open excavations on the site of the alleged “shooting”. However, to do this the Germans are not in a hurry.