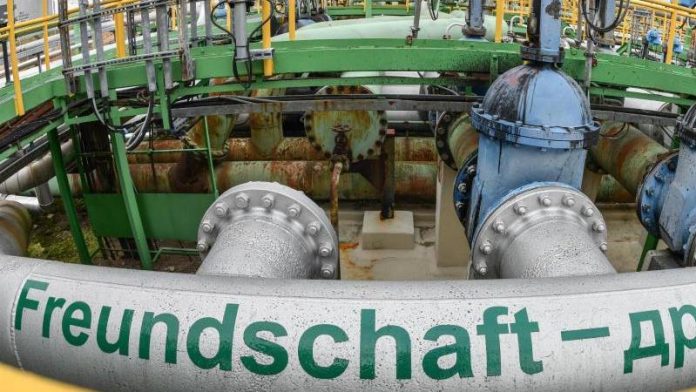 consumers in Germany have to be feared by the interruption of oil Supplies from Russia, no bottlenecks.

The supply of petrol, Diesel and fuel oil was secured, declared the petroleum industry, refinery operators, and the Federal Ministry for economic Affairs in Berlin.

There is sufficient reserves in the Oil – and refinery camps to bridge the interruption to Supply. Russia cited technical problems as the cause for the temporary stop. In the next week the Oil will flow again. The Pipeline accounts for around a third of the crude oil supplies of Germany.

Poland had closed the Pipeline (“Druzhba”/friendship) on Wednesday evening, because the crude oil contained too many Chlorides, which cause in the refineries of damage. The Chlorides are needed in the extraction of crude oil, but subsequently removed again.

so Far, it is not clear at which Oil production, the problems you encountered. “You don’t have to politicize. This happens in regular intervals,” said the Russian Deputy head of government Dmitry Kozak. As soon as you can identify the person responsible for the pollution, they would be held accountable and punished.

For motorists and fuel oil buyers in Germany, the disruption of the Oil supply has no effect. “There is no quality and delivery problems,” said a spokesman for the mineral oil industry Association (MWV) in Berlin. In the same sense, the economy Ministry said: “security of supply in Germany is not affected by this contamination.”

The PCK refinery in the state of Brandenburg Schwedt, where the Pipeline ends, can work with the existing inventories up to ten days. Currently, an alternative supply via the port of Rostock is already under way, said a spokeswoman. The refinery is currently working on a schedule, anyway, with only a third of their capacity. In the PCK Schwedt annually 12 million tons of crude oil are processed to Diesel, gasoline, kerosene, liquefied petroleum gas, fuel oils and Bitumen. 1,200 people will be employed there. Shareholders of Rosneft Deutschland GmbH, Shell Deutschland GmbH and the AET refinery Beteiligungs-Gesellschaft mbH.