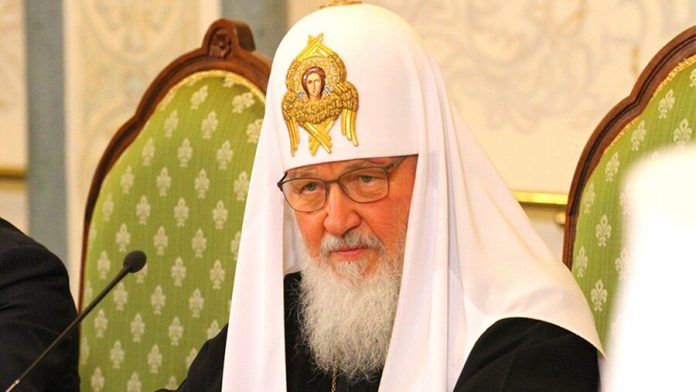 Patriarch of Moscow and all Russia Kirill urged to pray that the Constitution has been amended mention of God. This was written in the Telegram-channel the Chairman of the Synodal Department for Church and society and the media of the Moscow Patriarchate, Vladimir Legoyda.

After dedicated to the 11th anniversary of the enthronement Liturgy, the Patriarch said: “Let us pray, work, and in our basic law mentioned God.” He also wondered “if the national anthem could be “protected by God native land”, why this can not be said in our Constitution.”

He stressed that he would encourage “such a lofty idea” was present in the Constitution. According to the Patriarch, this will correspond to the beliefs of most Russians. “I’m not talking only about the Orthodox – I am also talking about Muslims and many, many other”, – he said.

At the same time the first Deputy Chairman of the Duma Committee on state construction and legislation Mikhail Emelyanov in comments to RIA Novosti said that the proposal of the Patriarch is contrary to the Constitution, as “talking about God as a kind of abstraction.”

He recalled that article 14 of the Constitution establishes the separation of Church and state. It is mentioned that none of the religions can not be official. The MP added that the perspective of “strengthening the moral and Patriotic foundations of our society – perhaps such a reference”.

How to change the Russian Constitution.

on 15 January the President of Russia Vladimir Putin during his address to the Federal Assembly announced the amendment of the Constitution. In particular, it is suggested to establish the basic document the status of the State Council, as well as give the Duma the right to approve the candidate for Prime Minister.

the Constitution, which was adopted in 1993, already has undergone changes. In 2008 the presidential term was increased from four to six years, and in 2014, abolished the Supreme arbitration court. Tthen in the Upper house of Parliament has included Federal representatives, appointed by the President.