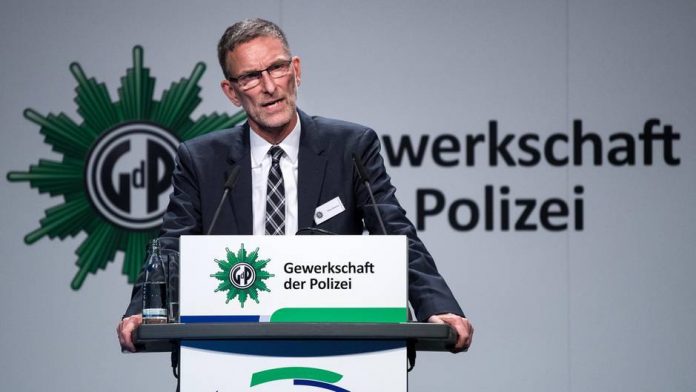 The police Union (GdP) has demanded that officials who stand for election for the Alternative for Germany (AfD), a clear distancing from the right to the national “wings” of the Thuringian land-in-chief Björn Höcke. “Every official swears on the Constitution. This oath obliged to keep to the rules. It is not compatible with any Doubts of the constitutional protection of the right of national “wings” to Björn Höcke,” said GdP-chief and member of the SPD, Oliver Malchow, the editors ‘ network of Germany. “I expect that any police officer, the commencement for the AfD, distant, clear of Höcke and its ‘wings’.” What this distancing, remained unclear.

AfD is a test case for the protection of the Constitution

The AfD fought back against the claim Malchow and called them in a statement, “a Union unworthy”. A police officer need no instruction from Union bosses, what was he thinking politically and what is not. “The AfD is in no doubt as to the Loyalty of our officials to the basic law,” said the party.

this year, to be elected in Bremen, Brandenburg, Sachsen and Thüringen new länder parliaments. According to the report, five police officers are alone in Thuringia as a candidate on the 38 members of the AfD-country list. Höcke is the top candidate.

note: The article was added after the initial publication of the opinion of the AfD.