Home Business Putin’s “tax the rich”: whether to withdraw deposits from banks 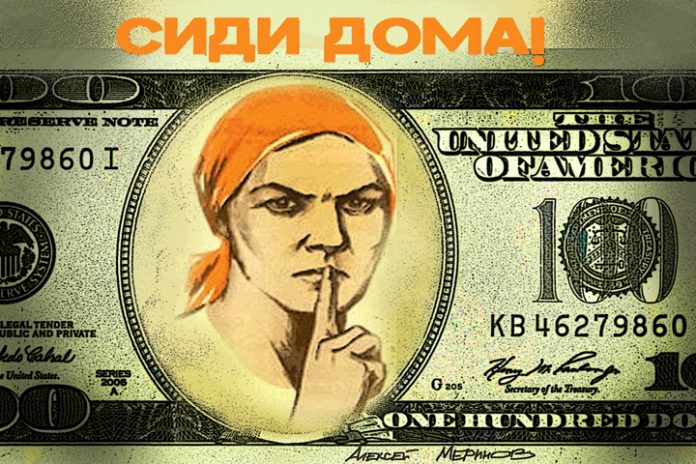 Many did not believe the ears: this can be perceived as a new tax on Deposit interest, if the Bank is only a million roubles, and the savings are even ordinary pensioners. Banks and business also at a loss: of the interpretation of the lawmakers the President will determine their future.

Verbatim quote of Putin reads: “For the citizens, whose total volume of Bank deposits or investments in debt securities more than 1 million rubles, to set the tax on interest income of 13%. Not the contribution, only the interest received from such investments, will be taxed on the income of individuals. This measure will affect only 1% of depositors.”

At first glance, everything is clear. The government invented a new tax for those who keep savings in the Bank, so they dropped interest. There are many such people. If on account of a million rubles, each year the Deposit increases, for example, the average Deposit rate of 5.6% per annum, or 56 thousand rubles. But with this amount will be to remove the tax – 7280 rubles.

And all would be well, if not for the phrase “only 1% of investors”. The President could not know that the deposits in the amount of one million or more have 1% of investors, and 55% is the data of the Agency for Deposit insurance. Indeed, savings of one million rubles – not such a luxury. They can be formed from the sale of apartments, cars, villas, or if you just hoard a few years.

Perhaps the President meant something else and just not clearly expressed? For example, that 1 million roubles should be equal to the amount of interest, and not the contribution. At a weighted average rate of 5.6% in the accounts should be about 18 million roubles, and such deposits may, and has just one in a hundred. There is also a version that Putin was talking about 1% of the population, but for some reason called their depositors.

While we can only guess. Putin instructed the government to study the bills, but they will bring clarity. On this occasion, commented the press Secretary of the President Dmitry Peskov, but his words confirm the pessimistic version. “If you have on your account is 1 million rubles, and you get 10% per annum – 100 thousand rubles per cent, then they will pay 13 thousand rubles,” – he explained and softened the blow only by the fact that we are talking about the specific contribution of 1 million rubles, and not on the aggregate deposits from a single person. Another insider, leaked to the media – will start to operate from next year.

“the Words Peskov contrary to what we initially understand the words of Putin. If so, the news is disappointing for us,” – said “MK” analysts from one of the Moscow banks.

Investors will go to withdraw their money from banks, they will look for other ways of investing – to buy foreign currency or to invest in real estate, suggested the head of Department of analytical researches “Higher school of financial management” Michael Kogan.

“with regard to income from stocks and bonds, the tax on the income they have now. When the investor withdraws the profit from the investment account, with the amount of profit hold 13%” – reminiscent of the independent expert on personal investment Alena Lapitskaya.

professionals in the financial sector agree that the tax on dividends will help the budget, but there is no clarifying documents from the government, they are not taken to consider the amount of income.

the Second measure from the package of “tax the rich” for foreign accounts. According to Putin, it is unfair that dividends from leaving Russian funds are taxed only at 2%. In fact, the owners of such accounts to save on taxes, because it is not required to pay Russia’s law about the impossibility of double taxation. He proposed to raise the tax to 15%, even if it requires the withdrawal of our country from international tax treaties. In other words, Putin wants the money to stay in Russia or with them went the budget revenues. “Raising tax rates on the income of the investors in the form of dividends to foreign accounts, you may bring the budget an additional $10-15 billion, which will partially close this “hole” due to low market prices naveti”, – says senior analyst “BKS the Prime Minister” Sergey Suverov.

see also: Proposal to waive the payment of utilities criticized