Home Breaking Spain and Colombia agree not to sell the remains of the galleon... 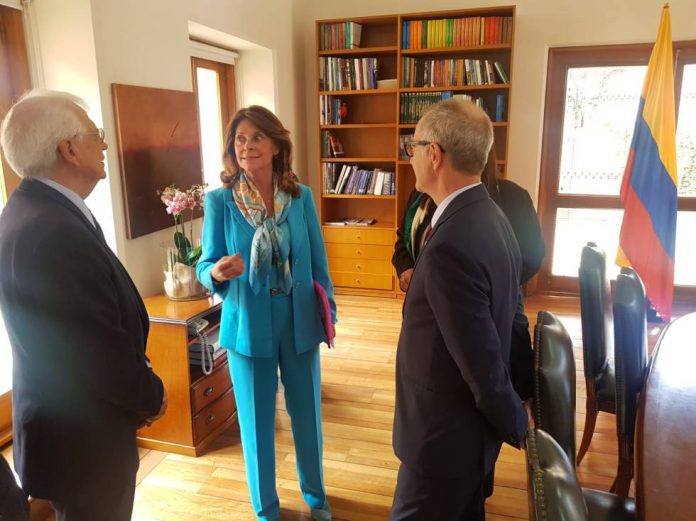 Spain and Colombia have agreed to an agreement of the minimum with respect to the Spanish galleon San José, a Spanish ship sunk in the waters of colombia in 1708: have agreed that they will not market the heritage of both nations. Met today the vice-president of the republic of colombia, Marta Lucia Ramirez, and the Spanish ministers of Foreign Affairs, European Union and Cooperation, Josep Borrell, and of Culture and Sport, José Guirao, to “reiterate their respective legal positions concerning the galleon”. Spain considers that it is a ship of State and the tomb of 600 marine and, therefore, its property, and in Colombia who is in its territorial waters and, in consequence, is part of their heritage. However, both countries are approaching the postures and seek, as allies and friends, an agreement.

In particular, according to a press release from the Spanish Government, the Executives of “Colombia and Spain agree on the principle of preservation indivisible of the underwater cultural heritage”. Agree, in turn, reject “the commercial exploitation, which means that objects of heritage that have been submerged are the subject of transactions, payment in kind, or operations of purchase, sale, or barter for activities of extraction or conservation of such submerged heritage”.

Both Governments have stipulated, therefore, “to explore and consider mechanisms that allow an effective supply of scientific and cultural cooperation of the Kingdom of Spain to the Government of Colombia on the draft of the Galleon San José, according to the institutional structure of address that the Republic of Colombia article to advance the project.”

The Governments stated, in addition, “his interest in strengthening their relations in the field of underwater cultural heritage”, which are considered “indivisible”, and believe that no “can be subjected to transactions, payment in kind, or operations of purchase, sale, or barter for activities of extraction or conservation of such submerged heritage”.

The San Jose sank after a battle with the british Navy off the coast of Cartagena de Indias. It is not known the burden he carried, but are calculated around 200 tons of gold and other metals and precious objects. The previous colombian Government signed an agreement with the investment firm swiss MAC to extract the wreck in exchange for half of the wealth. But the current Government of Ivan Duke is not willing to give up 50% of the national wealth, a firm of investors. Spain offers his help to remove the wreck and Colombia appears to be willing to study it.