Home Breaking Stepan Bandera: was he really a war criminal 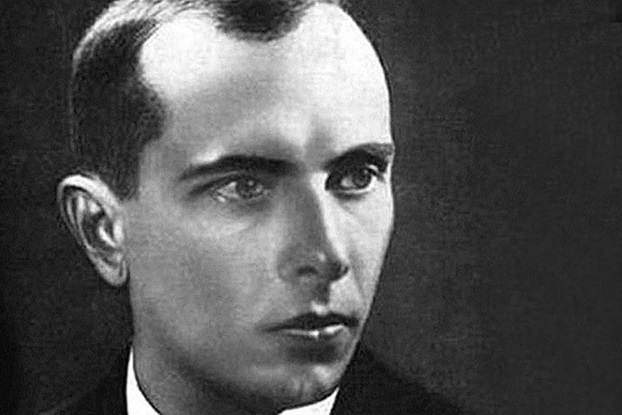 History 13/03/20 Stepan Bandera: was he really a war criminal

November 20, 1945, at 10 a.m. in Nuremberg, began the work of the international military Tribunal. Before him stood the Nazi criminals who plunged the world into the bloodiest in the history of mankind war. Absence of name of Bandera in the pages of the verdict led to the emergence of alternative views, and there was a statement that Stepan Bandera was not a criminal, because he was not convicted by the Nuremberg court.

the evidence of guilt

Evidence of the criminal activities of the nationalists abound. According to historical research, Stepan Bandera was an agent of the Abwehr (intelligence and counterintelligence of the Armed forces of Nazi Germany – the Wehrmacht). According to several sources, in early 1941, he held a number of meetings with the leadership of the German military intelligence, which resulted in the beginning of the formation of the battalions “Nachtigall” and “Roland”. In the spring of 1941, the OUN (banned in the Russian organization) in the face of Bandera received from the Abwehr 2.5 million marks to conduct subversive struggle in the USSR.

Created at the command of Hitler OUN punitive battalions of the 201st schutzmannschaft battalion (battalion of the security police), the SS division “Galicia” regiment “Brandenburg”, the Ukrainian auxiliary police, along with the einsatzkommando (paramilitary death squads) – committed war crimes: participated in the mass killings of civilians and punitive actions against partisans in Belarus and Ukraine.

In the lists of the accused did not appear

it Should be noted that in the dock at Nuremberg did not get many who could be sentenced to death. Along with Stepan Bandera was not Ivan Demjanjuk, and Klaus Barbie, Wilhelm Subera, Gustav Sorge, Roman Shukhevych,, was not tens of thousands of sadists and thugs responsible for the deaths of millions of civilians. Most of those tens of thousands was not deven in absentia, as was the case with Bormann at Nuremberg.

Considering the reasons for the absence of Stepan Bandera in the list of those condemned by the Nuremberg court should consider several factors.

According to the Charter of the International military Tribunal (IMT, traditionally referred to as the Nuremberg Tribunal) crimes that entail individual responsibility, admitted: crimes against peace, war crimes, crimes against humanity. And established a Tribunal to prosecute major war criminals. Despite its activity, the objective indicators Bandera did not belong to the main group. This is one reason why he was not on trial in Nuremberg.

it is Necessary to take into account the fact that the Nuremberg Tribunal tried only the Supreme leadership of Germany and acknowledged the criminal is the German formation. As for the organizations that deployed its activities in other countries, the calculation they were not accepted. The Tribunal decided that the field must work their national tribunals.

In this regard won the war powers – the USSR, USA, UK, France, in 1946, he started their occupation zones local tribunals.

the role played and the document talking about the anti-German actions of Bandera.

for Example, document 014-USSR – a secret circular of the Einsatzgruppen C-5, dated November 25, 1941. It reflects the established fact: “the Bandera movement” of the OUN(b) preparing the anti-German uprising in the occupied territories with the aim of creating an independent Ukrainian state. In this regard, the Einsatzgruppen were instructed to Bandera all identified after careful questioning of the shoot, and the interrogation immediately send the authorities.

This document is submitted to the Tribunal by the Soviet Prosecutor was allowed to present Bandera Wjertvami crimes of the German Nazis – extrajudicial killings on the basis of political organization.

In favor of the version on the conduct of anti-German activities of said another document – the report of the security Service of the Reichsfuhrer on the events in Ukraine from October 23, 1942. The Germans located on the outskirts of Stalingrad, Nazi flags flying over both peaks of Elbrus, and in the Main administration of Imperial security receives the secret report: “the Organization of Bandera took a clearly hostile stance towards Germany and is taking all measures, including armed struggle, to the restoration of independence of Ukraine”.

According to the letter of the law

Despite the fact that the charges imposed by the Nuremberg Tribunal, directly to Bandera are not, there are points of the articles that apply to it. For example, article 6

b) war crimes: namely, violations of the laws or customs of war. Those violations included murder, torture or deportation to slave labor or for any other purpose of civilian population of the occupied territory; murder or torture prisoners of war or persons at sea; killing of hostages; robbery of public or private property; wanton destruction of towns or villages; devastation not justified by military necessity, and other crimes.
c) crimes against humanity: namely, murder, extermination, enslavement, exile and other atrocities committed against civilians before or during war, or persecutions on political, racial, or religious grounds, to implement or in connection with any crime subject to the jurisdiction of the Tribunal, regardless of whether the violation of the domestic law of the country where they were committed or not.

the international Tribunal in the Nuremberg “armed” national tribunals powers and materials necessary for sentencing criminals. Article 5 States that all provisions of this Charter shall nneukosnitel adhered to national tribunals: “In case of need and depending on the number of matters requiring consideration of cases may be established by other tribunals; the arrangements for the establishment, functions and procedure of each Tribunal will be identical and will be governed by the present Charter.”

In the Soviet Union there was no practice of the courts in absentia, the sentence Bandera was not rendered.