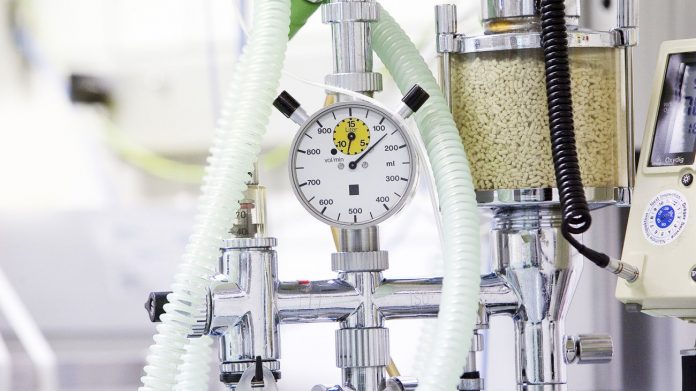 Doctors are liable, in principle, not financially, if you get a patient, for example through artificial nutrition longer than is medically useful life and thus his Suffering extend. This was the judgment of the Federal court of justice (BGH). Therefore, forbids as a General rule, a more life than damage, was the opinion of the Karlsruhe judges and meadows, so that a lawsuit for Pain and suffering from the cost rate in the name of a deceased dementia patients (Ref. VI ZR 13/18).

trigger the procedure, the lawsuit of a man against the doctor of his father, who had been fed since 2006, until his death in 2011 by a stomach tube to artificially. The old man suffered from dementia, could not communicate and do not move. At the end of the 82 suffered a-Year-old is also one of the lungs and inflammation of the gallbladder.

According to his wailing son to the artificial diet resulted in, at the latest, since 2010, “only to a senseless prolongation of the disease-related suffering.” According to him, the doctor would have had to change the goal of therapy – namely, to the effect that the death of his father. He sued the physician, therefore, to 100,000 euros for Pain and suffering, and damages in the amount of more than EUR 50,000 for treatment and care costs.

The difficulty for courts lay in the fact that in this specific case, no patient was available. People can write down as a precautionary measure, in what situations you want to be treated and when you don’t want treatment any more. In the case of the father had been left with nothing and could not even speak. If he had the stomach tube still wanted, was, therefore, unclear.

the action by the district court of Munich, was dismissed in the first instance, while the court had awarded in the second instance, the plaintiff’s Pain and suffering in the amount of 40,000 euros. The doctor had breached his duty of disclosure, justified the judges decision. He’d Sufferers with the official maintainer of the hard – a lawyer – need to discuss whether the diet should be continued through the gastric probe, or terminated.

Against this judgment both the plaintiff and the defendant doctor before the Federal court of audit. The lawyer for the doctor argued whether life is worth living, it would have no doctors. Gross treatment errors. In addition, a visitor of the patient said that she was with him without words to communicate. The Prosecution, in turn, stressed that medical Standards could only be met if Doctors can be made liable for breaches. This must also apply to the treatment at the end of life.

This view does not want to connect the Sixth civil Senate. The presiding judge Vera von Pentz said it is irrelevant that the doctor’s duties have hurt. “The judgment about the value of a life is not for a third.” It lacks, therefore, to a non-pecuniary damage, the pain of money-claims could trigger.