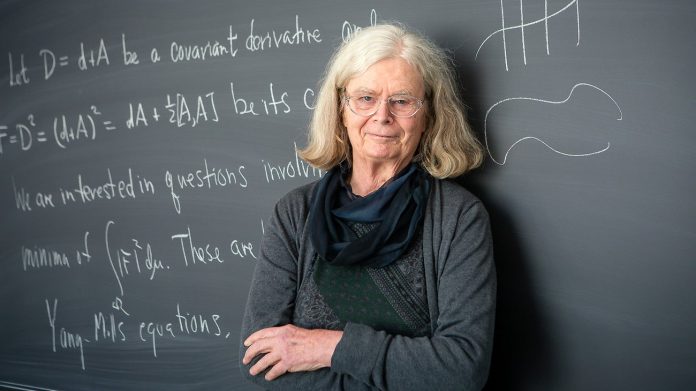 The Norwegian Academy of Sciences has awarded the US-American mathematician Karen Keskulla Uhlenbeck with the Abel prize. It is the first Time that the prize is awarded to a woman. “Your theories and our understanding of mini-surfaces such as the soap bubble painting revolutionized”, said the Chairman of the Abel prize Committee, Hans Munthe-Kaas.

The Academy honours equations Uhlenbeck for their ground-breaking work in the fields of geometric partial Differential, gauge theory and integrable systems. Uhlenbecks work with the geometric analysis and the measurement theory have changed the mathematical landscape fundamentally, said Kaas. As a female mathematician Uhlenbeck was also a role model. She was a strong campaigner for gender equality in research and in mathematics.

Abel prize is the equivalent of 620,000 euros and, in addition to the Fields medal, one of the most important scientific awards in the field of mathematics.