Home Breaking The accession of the Baltic States: whether it was the occupation 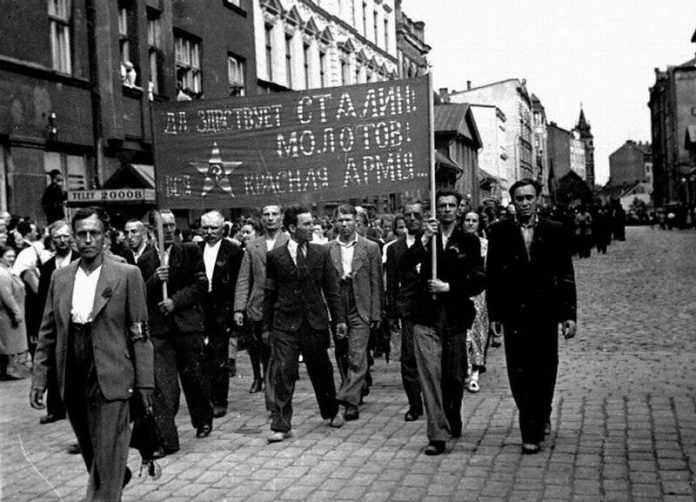 History 12/03/20 the Accession of the Baltic States: whether it was the occupation

August 1, 1940, Vyacheslav Molotov (Narkom of foreign Affairs USSR) at the next session of the Supreme Soviet of the USSR gave a speech about what the working people of Lithuania, Latvia, Estonia joyfully received the news of the entry of their States into the Soviet Union.

Under any circumstances, in fact, was the accession of the Baltic countries? Russian historians argue that the accession process has occurred on a voluntary basis, the final design of which occurred in the 1940 summer (based on the agreement of the highest authorities of these countries, which have received on elections the big support of voters). This view is supported by some Russian researchers, although not quite agree that the entry was voluntary.

Modern scientists, historians, researchers of foreign countries describe the events as occupation and annexation of independent States, the Soviet Union, that the whole process proceeded gradually and as a result of several proper military – diplomatic, economic steps the Soviet Union was able to implement his plan. The mite in this process have made and the impending Second world war.

as for modern politicians, they talk about incorporation (the softer the accession process). Scientists who deny the occupation and to draw attention to the absence of hostilities between the USSR and the Baltic States. But in contrast to these words of other historians point to the facts that the occupation is not always necessary to carry out military action and compare this capture with the policy of Germany, which had seized in 1939, Czechoslovakia, and in 1940 – Denmark. Historians point to record the occurrence of violations of democratic norms during the parliamentary elections, which took place at the same time in all the Baltic Statesiski States, in the presence of a large number of Soviet soldiers. In the elections the citizens of these countries could only vote for candidates of the “Bloc of the working people”, and other lists were rejected. Even the Baltic sources agree with the opinion that the elections were held with violations and absolutely do not reflect the opinions of the people.

Historian J. Feldmanis cites the following fact – the Soviet news Agency TASS gave information about the election results 12 hours before the start of the counting of votes. He also backed up his words with opinion of A. Dietrich Leber (jurist, former soldier of sabotage and reconnaissance battalion “Brandenburg 800”), that Estonia, Latvia and Lithuania was illegally annexed, from which we can conclude that the solution to the issue of elections in these countries was predetermined.

According to another version, during the Second world war in an emergency situation, when France, Poland was defeated, the Soviet Union, to prevent the transition of the Baltic States into German possession put forward political demands Latvia, Lithuania and Estonia, which meant the change of power in these countries and in fact are also the annexation. There is also a view that Stalin despite the military action was going to connect Baltic countries to the Soviet Union, the military action just made this process faster.

In historical and legal literature one can find opinions of the authors that the basic agreement between the Baltic States and the Soviet Union have no power (to contradict international norms), as was imposed by force. Before the Second world war, each annexation was considered invalid and contradictory.

Featured articles Share: Comments Comments on the article “Annexation of the Baltic States: whether it was the occupation” Please log in to leave commentsentry! br>
Share on Tumblr