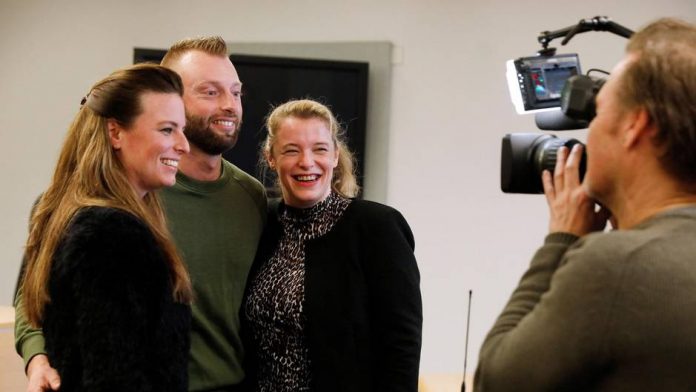 For a long time had been accused of several parents and their children to the doctor Jan Karbaat to have in his fertility clinic, the sperm of the chosen donor, but his own used. In court, the potential children had asked for a DNA comparison. With Success. The first DNA results are in: The former Director of a sperm Bank is a father of at least 49 children born after In-Vitro fertilization.

Karbaat himself has denied the allegations until his death, and any cooperation rejected. His DNA was collected by court order and until today kept. For decades Karbaat as a fertility doctor, first in hospitals, then in a clinic in Rotterdam and later in his own fertility clinic Bijdorp in Barendrecht. In the case of the closure of its clinic in 2009, a significant number of abuses have been discovered, including the Exceeding of the agreed number of children per donor.

donate sperm mother without a husband: This woman has five children from the sperm Bank doctor sperm of different males is mixed

at the Time, it turned out that the documents contained, among other things, false statements as to the appearance or profession of the donor. Some of the women were cheering for the second pregnancy, the sperm of another donor, so your children will have, contrary to your request, different fathers.

One of Karbaats descendants, Eric Lever, said the Dutch daily newspaper “NRC” he was angry at Karbaat. “I feel it’s not that he cheated on my mother. She really wanted a child and couldn’t get it with my father.” Before his death, Karbaat should have acknowledged that he fathered more than 60 children in his clinic. Later, he admitted that he mixed the sperm of different donors, and records of donors have counterfeited, said “NRC”.