Home Breaking The Dutch NGO that has won in the courts for the Government... 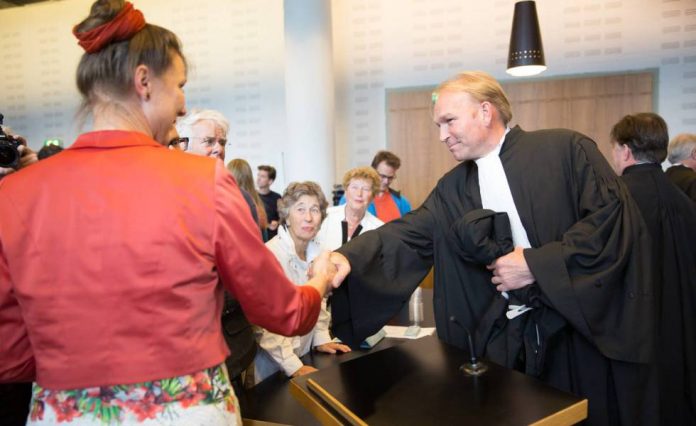 The Justice Dutch sat down in 2015 a global precedent in the fight against climate change: ordered the Government to reduce CO2 emissions by 25% by the year 2022, compared with 1990. The court of First Instance in The Hague attended as well the action brought by Urgenda an NGO that takes twelve years, “to inspire the politicians to implement climate action effective and showing also how to do it”, according to their spokesmen. The case did not end there. The Executive appealed against the decision arguing that the courts should respect the separation of powers, without interfering in politics, and lost. In 2018, the appeal ruling against him was even more damning to point out that the rulers “have an obligation to protect citizens against industrial activities that are harmful, and if it does not act, the current generation will see the jeopardy his life and his family life.” Both parties await the final decision in the hands of the Supreme Court and scheduled for 20 December.

The Government said last year that the protection of the environment is the competence of the Parliament, and it continues to hold today. However, the appeal judges stressed in 2018, the country has signed international treaties concerning climate “that can be invoked legally before the national courts without encroaching on other powers (…) and in case of danger for the population, the State must take preventive measures.” Even though both parties are cautious when speaking, especially at the Executive centre-right, the latter has already shown its preference for long-term work through the National Pact for the Climate. Presented in June of 2019, it is proposed to reduce by 49% the CO2 emissions by 2030, compared with 1990, but in Urgenda refer to the figures of the two trials already earned. “The courts were clear about the amount and timing of emissions and their crop, as reflected in our demand”, warn from its headquarters in Amsterdam.

In 2018, Marjan Minnesma, director of the NGO, called it “a tremendous blow to the State this case, to be followed in other parts of the world, because it shows that it is the only democratic form of to ensure that Governments to accelerate the fight against climate change”. This Thursday, the organization claimed, your work is beyond . “it Is historic, no doubt, but we are much more than that. Have recourse to Justice because the Government is not doing what it should, and we hope that it meets what the judges have ordered. We’ll see what happens on the 20th of December; we prefer to wait”, added the same sources.