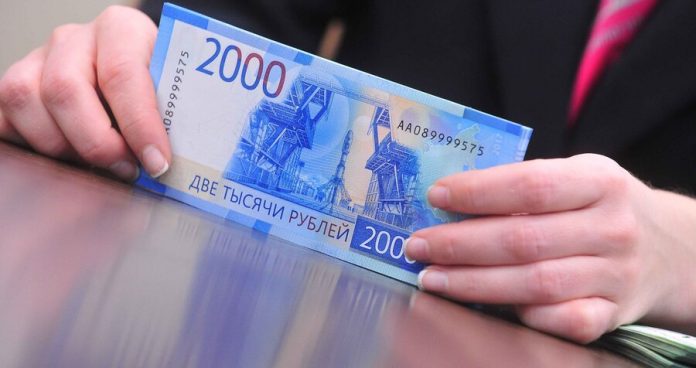 the Prime Minister of the Russian Federation Mikhail Mishustin reported that the Russian Ministry of Finance has earmarked 1.4 trillion rubles to combat the threat of the spread of coronavirus and anti-crisis measures, accounting for 1.2% of Russian GDP.

Mishustin noted that the work on implementation of tasks set by the President of Russia Vladimir Putin, was carried out as quickly as possible.

“during the day we have formed the necessary changes in legislation and on the following day – March 26 – reviewed at a government meeting,” – said Mishustin.

In particular, he reminded that the decision was made to automatic renewal of monthly payments in connection with the birth or adoption of a first or second child. In addition, sick leaves must now be paid in the amount not less than the minimum wage.

Russian Ministry of labor also requested the regions to extend the local social benefits. In addition, Mishustin underlined that at the moment, preparing accelerated lump sum payments to veterans of the great Patriotic war and home front workers. He noted that they will carry out until the end of April.

Also Mishustin has reminded that the government decided to increase the maximum size of unemployment benefits to one minimum wage. He said that the implementation of the resolution will be allocated about 30 billion rubles. In addition, was facilitated procedure for Declaration of bankruptcy for individuals.

Mishustin noted that Russia has introduced a moratorium for six months on initiation of bankruptcy against businesses. This means that for this period the accrual of fines. In addition, a simplified procedure for the conclusion of amicable settlements for any debts.

Special attention was paid to the enterprises of small and average business. In particular, halve the amount of insurance premiums if the employee’s salary exceeds the minimum wage. In addition, for SMEs beforeprovided semi-annual deferral of the loan obligations. The same applies to the collection of taxes, except VAT.

Mishustin estimated that the program will cover the loan portfolio in the amount of 500 billion rubles. He also told about measures to support those sectors of the economy that have suffered most from the effects of a pandemic coronavirus.

So, prior to may 1 will not pay taxes, public catering, consumer services, tourism, sport and culture. In particular, it abolished the contribution to the reserve Fund of Association of tour operators in outbound tourism.

in addition, the government will support and restraint, highlighting their 1.5 billion rubles for the evacuation of people from foreign countries with unfavourable epidemiological situation.

Previously, the second package of anti-crisis measures to support entrepreneurs approved in Moscow. In particular, for small and medium businesses have expanded access to loans and subsidies.

Decree on measures to support the city took in Moveprevious will support businesses and the unemployed in the conditions of the quarantine Storyline:Coronavirus COVID-19