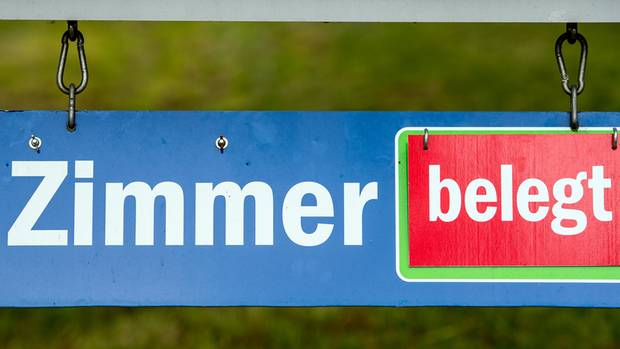 A sign with the inscription “the room”: The hotel industry is angry about false bookings

Hoteliers in Germany fret increasingly about fake bookings from abroad, so-called air bookings. Hotel rooms would be booked in a growing number of “”into the blue”, and canceled again, as soon as a visa is created,” commented Markus Luthe, managing Director of the hotel Association IHA. Sometimes it’ll not be cancelled once. In the case of a non-representative survey by the Association 52 per cent of respondents reported an increase in the number of fake reservations in the first eight months of 2018.

“For Hoteliers, the fake bookings mean more expenses and financial losses,” said Luthe. “Can you settle according to the terms and conditions of the credit card companies only the first night. Some of the cards are also invalid.”

According to the experience of 647 Hotels that participated in the survey, is to a large part of the bookings for several weeks from India, China and countries from the Arab region. “Some Hotels no longer accept requests with specific Country codes in the E-Mail,” said Luthe.

Problematic platforms, be it when making a reservation through the Internet. “It is so book-simple on a Portal, without any collateral,” said the IHA managing Director. “These transactions will not be able to take Hoteliers, however, simply from your System and also not directly with the guest to communicate. There must be a reasonable degree of each other,” said Luthe with a view to the business policy of the booking platforms.

the Head of The booking portal booking.com, Gillian Tans, acknowledged problems. “Flexibility is good for the customer, but we need to make sure that the Hotels can have the hand,” she said of the dpa in Davos. Booking.com bring yourself active and try to ensure the best possible turnover for the Hotels.

the hopes of The industry now rests on the current negotiations in Europe to Revise the visa code for the Schengen area. “Visa should not be applied to the discharge of the hospitality industry, preventable No-shows only when there is evidence of a property” called Luthe.

The endorsement should also be requested, if a Tourist or rice Agency could demonstrate that the guest could pay for the Trip. “Thus the Problem of fake hotel room bookings could be defused, at least,” argued Luthe. Tan agreed: “Yes, Changes in the visa regime could help. In fact, there are in countries, the Visa request, more “No-Shows”.” The Problem was much more complex.

Germany is a popular destination for guests from home and abroad. According to an extrapolation by the Federal Statistical office, the number of overnight Stays increased last year by an estimated 4 percent to the record value of around 477 million. In the first eleven months of 81.5 million overnight Stays were accounted for by foreign guests (plus 5 percent).

these are the most beautiful Hotels in Europe in 2019, The are the best Wellness Hotels in Germany, holiday-Quiz: Understand catalog-English?