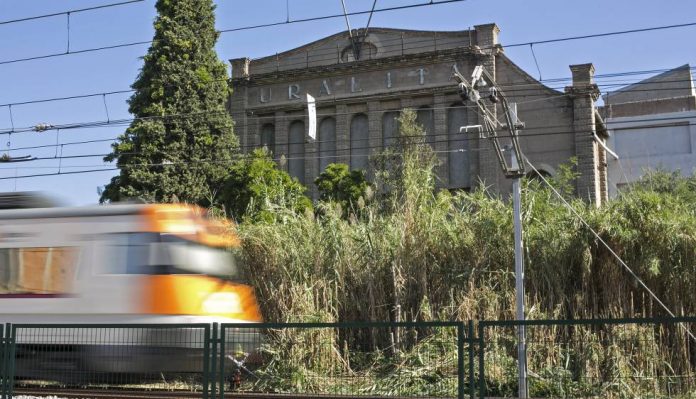 The Audience of Madrid has imposed on the compensation, highest to date in Spain to compensate those affected by exposure to asbestos, a carcinogen used extensively in the construction in the TWENTIETH century, and which cause serious respiratory diseases. In total, the company Uralita, which used the cancer-causing mineral to produce cement, you will have to pay 3.5 million to 14 persons for the exposure to this mineral. It is affected liabilities, all victims of the exposure to domestic —family members who washed the clothes of the workers of the company where you embedded the fibers of asbestos— and environmental —neighbors who lived near the factory—.

The compensation will go to a group of victims and family members of Ripollet and Cerdanyola del Vallés, considered the ground zero of the asbestos. There was installed, during a good part of the TWENTIETH century, the largest factory of Uralita. Asbestos was used massively for mounting on roofs and cover pipes and gutters. It was cheap, fireproof, resistant and insulation from heat and sound. Its harmful effects —the fibers that emanate from the mineral embedded in the lungs and cause disease expiratory and cancer of the pleura and lung— were known since the forties, but it was not until 1977 that the World Health Organization (WHO) considered it to be a carcinogen. The factory Uralita continued to be active until 1997 and Spain banned the use of this material in 2002.

however, the consequences of exposure to this material still exist today. Asbestos has a latency period of between 20 and 40 years, and still today continue to be diagnosed cases. It is enough to inhale a fiber to develop a respiratory disease such as asbestosis (the lung imprisons and generates insufficiencies respiratory) or cancer. More than a thousand people, according to the team of lawyers Colectiu Round, are recognized by the occupational disease due to exposure to asbestos. Both workers, by direct exposure, such as family members of employees or nearby neighbors to the factory, by passive exposure.

In this last sentence, the Audience of Madrid strip of case law to testify the impact on the health of this mineral and the responsibility of the company. “Have used asbestos knowing from the forties, which produced damage in the health of the workers (…). There was a risk that also won financial compensation to the company. Even though it has been proven that the company has complied with the regulations in terms of safety and hygiene (…), it is obvious that the measures taken have not prevented the production of the damage”, reiterates the court by appealing to other bugs, 2016 and 2013.

The Colectiu Round, which has led the cause, has celebrated the ruling and has indicated that, in this case, the novelty is that the compensation amounts are adjusted “more” to the damage suffered by the affected families. “Until now, the compensation that we had gotten for a mesothelioma —a tumour of the pleura of a very poor prognosis and directly linked to exposure to asbestos— was 327,000 euros and is now 621.000 euros”, says the attorney for Esther Costa. The Audience adds value to the right of the victim to charge even though she is deceased (through his heirs) and also the own right of the heirs to be indemnified for the loss of your family member.

Sara Market lost his mother, Rafaela Ruiz, in 2014. I was 51 years old when a mesothelioma ended his life. “My grandfather was a worker of Uralita. When I got to work, playing with their children. With work clothes, reclining on my mother and she played to comb it,” says Sara. Rafaela inhaled asbestos fibers that is incrustaron in your lungs and reappeared, in the form of a tumor, 40 years later. “When my grandfather learned of what had my mother, died in life. He stopped eating, talking, and six months later, he died,” says his granddaughter. The family is one of those affected who has just won the trial of Uralita. “They are murderers, because they knew what that was and what the asbestos was produced, and did nothing,” says Sara.

Now require that the company pay, warn from the Colectiu Round. “We are touching the ceiling with the theme of the responsibility, because it is already more than demonstrated that it is of occupational diseases. But the challenge now is to adapt the compensation and that Uralita [now Coemat] pay it off. Are turning everything to not have to pay,” says Costa. A spokesman for the legal services of Coemat has declined to assess the sentence but has confirmed that the company will use. In 2010, a court of first instance sentenced to Uralita to pay € 3.9 million to 45 victims of asbestos, but the company appealed and, in 2012, the court of Madrid overturned the conviction millionaire when you consider that the facts on which condemned the company had prescribed.

“there Will be more sick by asbestos”

“This is a step further. A triumph of the collective and my personal, because this is also based on my studies,” says Josep Tarrès, pulmonologist in Cerdanyola del Vallès and expert in asbestos. The doctor, who has monitored the impact of this cancer-causing mineral in the comarca of Vallès Occidental, has participated in the trial as an expert witness.

The optional warns that, although the studies suggest that in 2022 it will touch the ceiling with the number of people affected by ailments related to asbestos exposure, his studies remain on an upward trend. “Until we desamiante the country, there will be cases. The focus of the exhibition will be on every roof with asbestos begins to degrade. Only Navarra has approved, with a budget, a plan of desamiantado of its territory”, adds the expert.

Cerdanyola del Vallès is, according to the pulmonologists, the Spanish city with more prevalence of mesothelioma. “Cerdanyola is the ground zero of the asbestos studied. But there are many cases that have been overlooked,” warns the doctor. According to the studies of Tarrès, there is detected, each week, a affected by asbestos.