Home Breaking The missing 100 years ago, this ship found in the Bermuda triangle 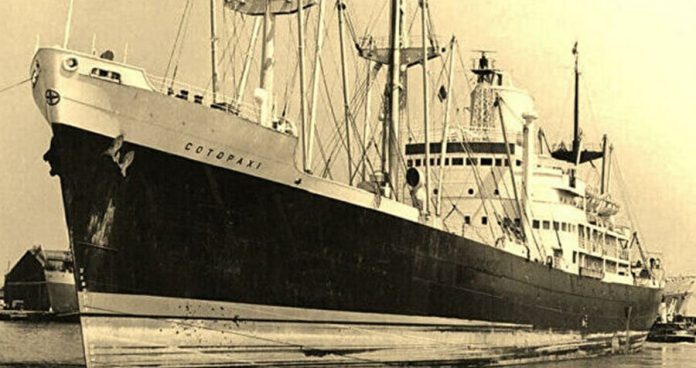 a Team of marine archaeologists found in the Bermuda triangle ship that disappeared about 100 years ago, informs television channel Fox News.

merchant ship SS Cotopaxi 29 November 1925 departed from the port of Charleston (South Carolina) to Cuba. After some time, the ship disappeared with all crew members.

Recently, it became clear that the ship was sending signals of distress two days after the release, 1 December 1925. This fact led researchers to believe that the vehicle was found 35 years ago off the coast of St. Augustine, Florida, is the SS Cotopaxi.

the Bermuda triangle is on the West coast of the Atlantic ocean between the American state of Florida, Bermuda and Puerto Rico. The Bermuda triangle has a bad reputation. There is not just missing ships and planes. In some cases, set on their quest expeditions did not find any debris and sometimes the disappeared vessels were found completely empty in the middle of the sea.

Earlier, British scientists said that they were able to solve the mystery of the Bermuda triangle. Researchers believe that the reason for the disappearance of ships in this dangerous area could be wandering wave height of 20-30 meters and more.

As explained by scientists, these huge killer waves arise suddenly and as if by themselves. For a long time they were considered a myth, although by the end of the twentieth century were able to capture thanks to new devices. In particular, in 1997, the companions noticed a wandering wave height at the South African coast.

to test their hypothesis, the experts from the University of Southampton have created a model of the American ship “Cyclops” disappeared in Bermuda triangle in 1918 with 300 people on Board. Arranging the experiment with the model, the scientists proved that a huge wave is able to split in two, even a very large ship, and what was “Cyclops”. After that, said the researchers, the ship quickly went under water together with the team and PAshirami.