Home Breaking The mystery of the death of “Novorossiysk”: what happened to the Soviet... 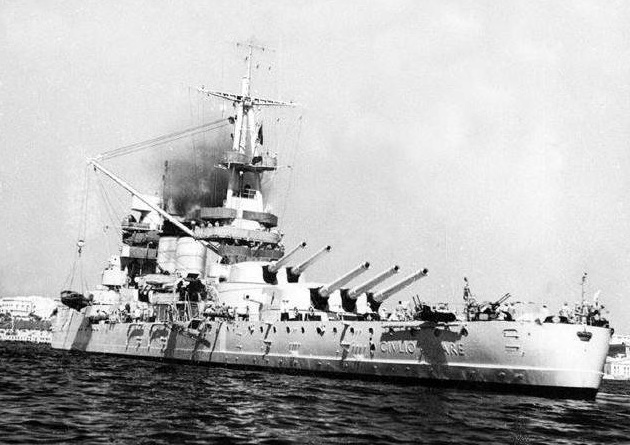 History 17/03/20 the Mystery of the death of “Novorossiysk”: what happened to the Soviet battleship in 1955

With the explosion of the warship that killed more than 600 people. Still not clear the reason for this tragedy. Obviously, it happened because of an external impact on the battleship. The official version – worked mine of times of the great Patriotic war.

Italian battleship, went to the Soviet Union for reparations before the Second world war the ship “Julius Caesar” was part of the fleet of the allies of Nazi Germany. At the time of the tragedy of “Giulio Cesare” was more than 50 years.

the stocks at Genoa he fell in 1911, 2 years later – in part of the naval forces of Italy. Member of both the world wars of the last century. In the Second world “Giulio Cesare” basically escorted convoys in the Mediterranean, in 1942, he was written off as obsolete and moved into the category of training ships. And a year later Julius Caesar capitulated in Malta.

the Soviet Union was a “Giulio Cesare” on reparations, in 1949, the ship officially became ours and changed its name to “Novorossiysk”. The ship was launched, the last 5 years not operated. In fact, the year before, when the explosion occurred, the battleship was permanently repaired, and only in 1955 joined the black sea fleet. Several times this year, “Novorossiysk” had to fulfill a number of combat missions during the exercise. In fact the battleship at the time was the flagship of the black sea fleet.

At the end of October 1955 “Novorossiysk” battleship stood at anchor in Sevastopol. The ship returned from a hike. In the staff team were more than a thousand people, mostly sailors. Part of the crew let go in the layoff. Most of the officers place Castorama Hurshudov, acting captain of the battleship, went ashore.

In the second hour of the night on October 29 at the bow of the “Novorossiysk” the explosion occurred. Ripped multi-decked armored hull of the battleship, the hole was 150 square meters. More than 100 people were on the battleship died immediately.

“Novorossiysk” needed a quick tow to the nearest beach, but arrived at the scene of the tragedy, Vice-Admiral Parkhomenko, black sea fleet commander, forbade it to do. Time has been lost. At five o’clock in the morning undermined the battleship capsized. Who was on the deck covered by the shell.

Most of which was at the time of the explosion on the ship killed, managed to save a few. Of the more than 600 dead over 30 people – rescuers, who arrived on the cruiser “Mikhail Kutuzov” and “Molotov”. More than a hundred people in the aftermath of the explosion were injured.

the cause of the explosion

There are several versions of this tragedy – the official and conspiracy. Initially decided: exploded ammunition “Novorossiysk”. But then found that the explosion happened due to external influence – allegedly worked nevirapina mine of times of the Second world war. Considered and the option of sabotage by the Italian and British intelligence services. But convincing evidence for this hypothesis is not found.

Until today, nobody has explained what really happened with the “Novorossiysk” – information about the tragedy was immediately classified. The dead were buried in mass graves in Sevastopol, battleship 2 years later raised and towed into another Cove, where the ship was disarmed and dismantled.