Home Breaking The plan of General Akashi: why the Japanese in 1905, sponsored the... 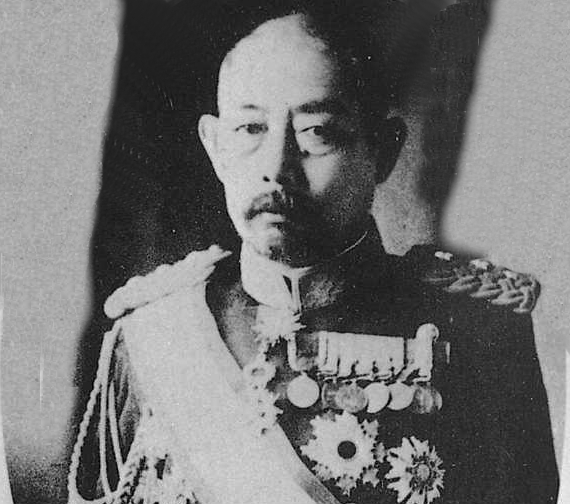 History 28/02/20 the Plan of General Akashi: why the Japanese in 1905, sponsored the Caucasian separatists

During the Russo-Japanese war, the military and intelligence agencies of the Country of the rising sun were very interested in destabilizing the situation in Russia. Through financial support of separatists and revolutionaries Tokyo hoped to achieve the ultimate goal of the dismemberment of the tsarist Empire.

the Attempt to unite the opposition

Before the war Colonel Akashi (Akashi) of Motojiro served as military attache of Japan in Saint-Petersburg and well versed in domestic policy of Russia. In February 1904, the Japanese foreign Ministry has transferred Akashi in Stockholm. From there, the Colonel began to support Russia’s destructive forces.

Akashi made contact with lived in Stockholm Conrad (Connie) zilliacus the leader of the Party of resistance, which called for terror for the separation of Finland from Russia. Zilliacus shared with Akashi’s idea to hold the first inter-party conference of the Russian opposition coordination action for the overthrow of the autocracy.

29 Aug Colonel asked the General staff for this purpose 100 thousand yen. In Tokyo have agreed to provide money under the condition that really will manage to unite all of the Russian opposition. Zilliacus immediately took the invitation.

in the Fall of 1904 took place the inter-party conference in Paris in which he participated. 8 of the 19 parties invited. Among those who refused to join were such a large force, as the RSDLP. In the end, managed to collect only socialist-liberal “Union of liberation” and local revolutionary party of Poland, Georgia, Armenia, Latvia and Finland. It is noteworthy that the national margin has shown the greatest interest in cooperating with the Japanese.

Although the results of the conference were modest, Akashi was able to insist on continued funding of training invooruzhennogo uprising in Russia.

In its final report, called Rakka Ryusui “(Fallen flowers carried away by the flow”), he wrote about the support of terrorists, social revolutionaries, separatists in Poland, Finland and the Caucasus (Georgian federalist). Contrary to later assumptions, the Bolshevik party was left out of the carve-up of “Japanese cake.” Brokered by Zilliacus purchased and was shipped to the Russian weapons.

“to Buy arms was a difficult task, recalled Akashi. Mainly because each party chose its own kind of weapons. Working on the composition of the party, as the socialist-revolutionaries and Polish socialists, did not like guns. On the contrary, Finns and Caucasians in the ranks of which were many peasants, gave preference to them.”

In total support of the uprisings and attacks Akashi spent a tremendous amount of one million yen (in today’s prices about 3 billion rubles).

However, before the recipient came to a few weapons. The ship “John Grafton”, transporting the main part of the rifles, were blown up by order of the captain near the Finnish Islands in the fall of 1905. However, the steamer “Sirius” was successfully unloaded in the Georgian port. The Caucasian revolutionaries received 6.5 thousand rifles “Vetterli”. However, an armed uprising in Georgia, contrary to the plans of the Japanese, has not begun.

the myths about the “mission Akashi”

On Subversion Akashi of Motojiro in Russia became widely known in 1906, when the revolutionaries published a book on financing rebellion.

In Japan, Akashi was seen as a hero. In 1913 he was promoted to the rank of Lieutenant General. The top career Akashi was the appointment in 1918 the Governor-General of Taiwan. At the same time he received the title of Baron. The following year, Akashi died. Until the end of world war II in Japan, it was believed that the Colonel had a significant impact on the events of the First Russian revolution, and this, in turn, led to favorable for Japan, the outcome of the war. It is noteworthy that in the present time of General Akashi and his mission in Japan published historical novels. However, there are those who assess their “Akashi” skeptical. Japanese historian by Chiharu Inaba called Akashi “loser”, and the funds allocated to the revolutionaries – “wasted”.