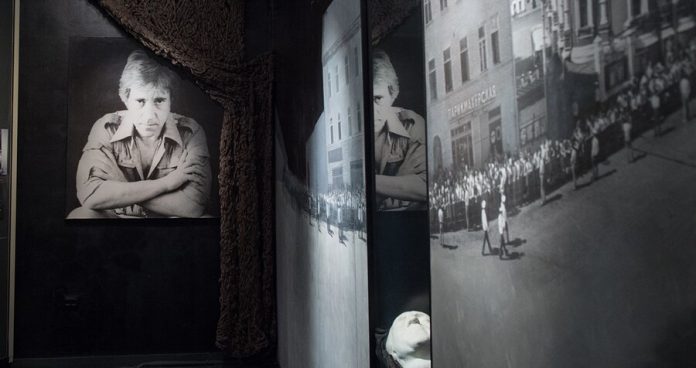 Image: portal of the mayor and government of Moscow/griskin Denis

On the portal “Learn Moscow”, a new thematic route “Moscow in memory of Vladimir Vysotsky”. This is stated on the portal of the mayor and government of Moscow.

According to the Deputy mayor Natalia Sergunina, the route developed to the birthday of the poet, actor and musician. January 25, Vladimir Vysotsky would have turned 82 years old.

As specified, in the interactive tour consists of nine locations.

“Among them, the street Schepkin, where he was born, Bolshoi Karetny lane, to whom he dedicated his famous song. The walk will take about two hours. While it is not necessary to plan in advance, because online guide on the website or application is always at hand and works all the time” – are words in the message Sergunina.

the route is nine kilometres away.

the Tour runs along Shchepkina street and Bolshoi Karetny pereulok. The route runs through the garden “Hermitage”, where Vysotsky spent a lot of time in childhood, the Taganka Theatre, in which he served, as well as the street Vysotsky. It is the eponymous national Museum.

Earlier it was reported that on the portal “Learn Moscow” has a route dedicated to the 83 anniversary of the founding of the film Studio “Soyuzmultfilm”. It was called “Moscow in cartoons. From Pushkin square to Lubyanka”.

Also on the portal “Learn Moscow” appeared virtual tour of the historic buildings of the capital. In the updated version of the website available in six rounds. Users can explore the interior of the Petrovsky Palace, the Smirnov mansion on Tverskoy Boulevard, the Novo-Catherine’s hospital, the Pashkov House on Vozdvizhenka, hotels “Metropol” and “Leningrad” in one of Stalin’s skyscrapers.

the Application “Know Moscow” – an interactive guide to the capital attractions. Interactive guides to the sights of the capital include descriptions of the 1.8 thousand buildings and structures, monuments, 616, 308 museums, 175 territories, data on 207 historicalapplications individuals and 90 thematic walking routes.

Tverskaya street: walk along the main street of Moscow and its okrestnostyakh pedestrian: 10 buildings with unusual history