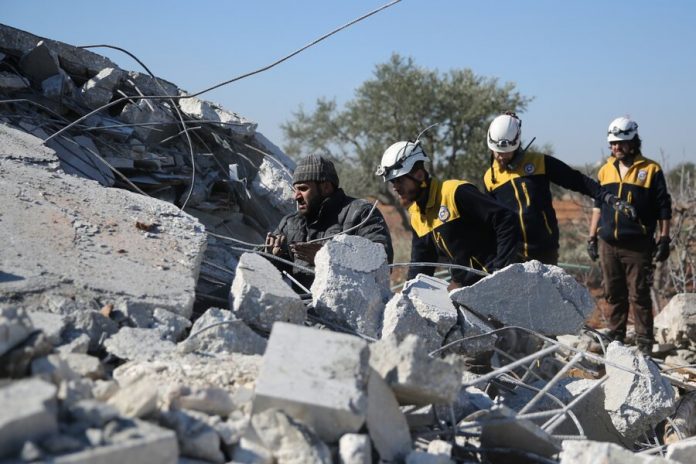 Two residents Iglinskiy areas of de-escalation in Syria said on preparing provocations with the use of toxic substances. According to information received, her training involved terrorists and controlled by the opposition organization “White helmets”. About it reports TASS referring to the message of the Russian Center for reconciliation of the warring parties in Syria, a part of the defense Ministry.

“incoming Via <...> on the “hot line” the Russian centre of reconciliation of the warring parties information from two residents <...> representatives of the organization “White helmets” with the support of terrorists “Khayat Tahrir al-sham” (an extremist organization banned in Russia – approx.ed.) preparing a provocation using chemical agents,” – confirmed in the Department.

it noted that for the preparation of provocations in Iglinsky area in the locality Marret El Art came from a group of 15 people representing the “White helmets”. It is clarified that it happened on 1 February.

IN TSPVS also said that provocation is planned to use chemical weapons. In addition, the re-enactment will take part about 200 people.

“a New provocation is planned to be staged in the village of Maaret al-Artik involving the crowd of about 200 people from idrissou arrived in the area of de-escalation of relatives of militants, including children previously removed from the southern provinces. The filming location of underground storage, “Belorusochka” in two pickups today was brought about 400 gallons of chemical solution”, – said the press service.

Earlier, Russia gave evidence of falsification of himataki in the Syrian Duma. The facts were presented at the meeting of the UN security Council.