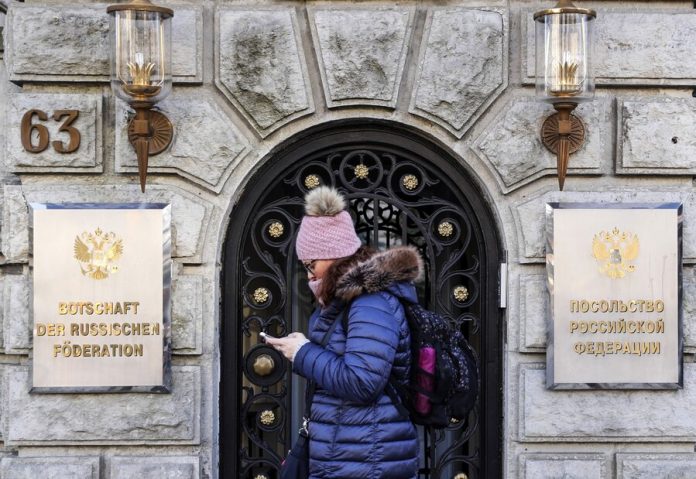 the Russian Embassy in Germany said the words of the leader of the ruling party of Poland “law and justice” Jaroslaw Kaczynski.

Previously, he said that Moscow, like Berlin, have to compensate for the years of the Second world war damage.

Diplomats have said that the Soviet Union paid for the liberation of Poland the lives of more than 600 thousand soldiers of the red Army.

“thanks to them, Poland today exists as a state, – reads the statement of the Embassy in Facebook. But the Polish leadership has its own story”.

the Russian diplomatic mission noted that on the day of the 75th anniversary of the liberation of Auschwitz, the whole world remembers the tragedy of the Holocaust and the heroism of Soviet soldiers.

Senior research fellow, Institute of Slavic studies, RAS Vadim Volobuev expressed the opinion that Poland expresses similar claims, as can not get rid of historical grievances.

At the same time for Polish politicians does not matter that the USSR liberated Warsaw, says Volobuev.

the Issue of unfair reparations has been raised repeatedly by the Polish authorities. Before the Minister of defence of Poland Mariusz Blascak said that Warsaw had not received reparations from Berlin, because “Moscow took such a decision.” In his opinion, Poland is not a sovereign.