Home Business The sad forecast for the economy of Russia is the situation in... 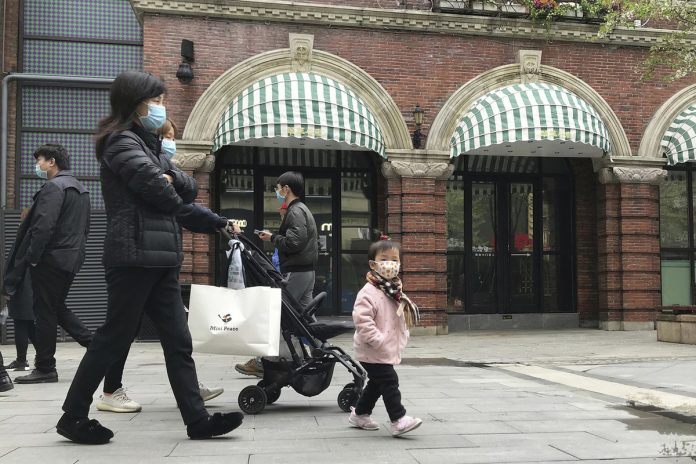 Resolutely responding to the epidemic quarantines and other restrictive measures, China has inflicted on its economy a powerful punch. In February, experts on circumstantial evidence (such as air pollution) determined that the energy consumption has fallen by 30-35%; restrictions on movement and closure of the aviation traffic decreased by 70%, while sales of cars fell by 92%. The results of the first two months of the year, impressed observers with the fall in industrial production by 13.5 percent, and investments — 24.5%. Exports declined by 17.2%.

later manufacturing purchasing managers index PMI (reflecting the status of applications for commodity procurement) showed a value of 35.7 points — though any figure below 50 represents economic downturn. Note: all this happened in conditions when imposed by the authorities of the quarantine, although he was at that time the largest in history, covering “only” 68 million people — less than 5% of the population.

Just 10 days after the publication of these shocking results, the Chairman of the si appeared in Wuhan, a week after Chinese authorities announced a dramatic reduction in the number of new infections is rapidly lifted restrictions on the movement and then talk about how confident the country is on the path of economic recovery. However, the last statement is, in my opinion, to assess possible read more.

the Official data on GDP for the first quarter will be published before 10 April — but yesterday it was the same price index for March. Although most analysts and investment bankers have predicted a value of about 45, he had reached 52, which was taken as evidence of the growth and gave rise to a rather optimistic hope.

However, in my opinion, the situation should not be judged too optimistic: first, the index reflects the dynamics from the previous month — and he probably was catastrophic (if the failure in industry was 13.5% in January-February, in February it is likely to exceed 20%, as the main exhaustrancitelli measures were introduced with effect from 23 January); second, the economy could not grow due to the start of execution of pending orders that continued to come until at least mid-February, when many American and European importers began to look for alternative suppliers — but there is no guarantee that external demand will remain as high in the second quarter, when the recession will face the whole world; third, and most important, while it is not clear how in April — and later — will be the state of domestic demand.

In the years since the previous economic crisis, Chinese economy was seriously rebuilt. The average growth from 2004-2007 in 2019 fell by more than half, from 12.1% in the year to 6% (though experts often call them overpriced). This decline is broadly comparable with the Russian: the official growth rate from 2004-2007 2013-2019 he was reduced to the same 6-something percent — but only from 7.6% to 1.0%, so there is just invented on the occasion of our officials “negative growth”.

the main landmark was the relying on their own strength — in this case, the sustainable stimulation of demand. In ten years, consumer credit has increased almost 6 times to 55.3 trillion yuan (or 56.4% of GDP). Source of this “celebration of life” were massive lending of state banks from the people’s Bank of China (I think, needless to say that investments in “real sector” of the economy were much larger).

In this case, as in Russia, interest rates were not zero (as in USA) or negative (as in some European countries): Bank of China recently lowered interest rates from 4.4% per annum to 4.05%. And there are serious concerns that the consequences of the epidemic will strike a painful blow to the economy in the near future: in February, when millions of people were in quarantine, the volume of overdue credit card payments increased by more than 50% — and it seems that without a massive new kredityh inflows to the Chinese economy in a recession in the US and the EU did not rise.

All this, in my opinion, it is critical to keep in mind the Russian government, building a programme of economic salvation of the country. The situation is different from Chinese, but the role of falling external demand for Chinese manufactured goods have played in the collapse of the oil market, and the inability to build credit comparable to the limited reserves.

the Experience of China is important because — unlike the US or Europe — the government and regional authorities carried away with the bans in the name of “saving lives” sooner than thought on the development of promising economic strategy, and in fact did not implement a serious fiscal stimulus (as we do, the “help” was limited mainly to the postponement of tax payments). Therefore, as the return to normality more and more people begin to realize that the money to conduct a habitual way of life they simply do not have — but instead to estimate losses of small and medium business and to help it survive the crisis, the Kremlin has already sent 323 billion rubles for the purchase of Venezuelan business and 242 billion on plugging holes in the ever-unprofitable web.

the Russian situation is similar to Chinese in many ways.

the Epidemic has not yet made “Italian” proportions — and, God forbid, they will not reach due to restriction of movement and a fairly long history of the spread of a strange pneumonia this winter, which could boost immunity to the virus. Therefore, it is possible to assume that from a medical point of view, the consequences will not be catastrophic. But now it becomes clear that economic measures are tardy and may not be sufficient.

Today, almost 64% of Russians have no savings; more than half of purchases of property and about 70% of transactions in the automotive market last year were committed with the involvement of credits offered by the authorities of unemployment benefits in a fraction of workers lose wages.

China in a few days almost effortlesslyKi certainly shocks the world data on the GDP decline in the first quarter (although the statistics in the country is even more evil than us, to hide the failure will not work) — but Russia is likely to show fairly satisfactory results for January-March (February, according to Bank of Russia, the economy has continued to grow) that will only strengthen the resolve of the government not to “bother” the support of the population, small businesses, and particularly of affected branches as long as the scale of the disaster became evident: unlike China, Russia is already quarantines become almost universal, while the share of the services sector (to which the pandemic has now main shock) in GDP is significantly higher than the Chinese.

So the arguments that “any economic failures in the background as protection against epidemiological risk… are secondary” may contain a serious error.

the health of the people during the epidemic is very important — and it seems that in this sphere China responded promptly and professionally. Russia moved on the same path, and the imposition of quarantines and other restrictions, it will likely be fairly organized and will bring the expected results. However, the Chinese experience shows that economic success of Beijing may not be as impressive as epidemiological.

In my opinion, today we should not perceive the epidemic as force majeure. Rather, its implications need to be assessed as evidence of global failure of the state policy in the field of health, emergency response, public awareness and the organization of measures of economic assistance to affected industries. Not prepared for the unexpected was the whole world almost equally.

However, it is important to be aware that the closure of the borders, stopping businesses, restriction of movement is not an abstract investigation of the pandemic, and the specific orders of the officials. In fact, the American and the European approaches are based on recognition of the fact, the budget is not “helping the victims”, and compensates for the applied necessary measures of state regulation losses. The Chinese (and apparently Russian) the approach is based on the assumption that the economy has “suffered” from unexpected troubles, and the population and entrepreneurs “should be happy” any relief from the government and any of its handouts.

the Next two months will show us how significant will be the differences in the dynamics between countries that use the interventionist approach and those that still hope for the survival of their economies without a strong emergency injections.

the Most difficult current challenges should not obscure the overall picture. If you look closely at the economic history of the last decade, you can see that the recovery in economic activity, asset prices and stock markets in the US and Europe after 2008, it was much more impressive than Russia or China. This means that many seemingly redundant and risky financial incentives used by the Americans and the Europeans worked more effectively Chinese or Russian. And it may be that the outcome of the current crisis of the Western economy that many domestic analysts have long been buried, will only increase your separation from the industrial and from the commodity “super powers”…