Home Breaking “The singer of the Caucasus”: what the Chechens are revered Lermontov 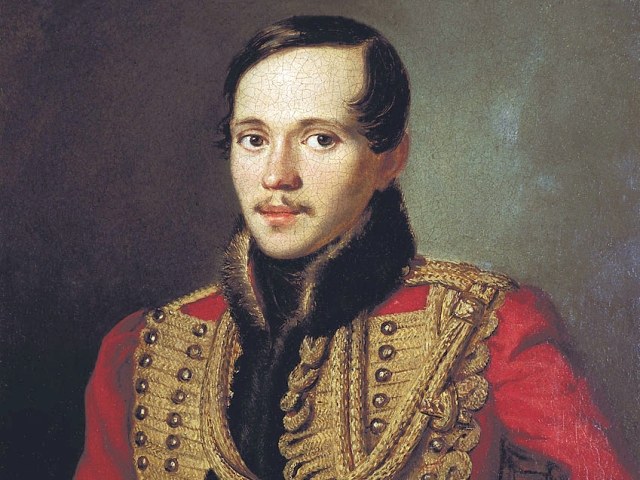 Heroes 27/01/20 “the Singer of the Caucasus”: what the Chechens are revered Lermontov

“How sweet the song of my Motherland, I love the Caucasus” – wrote the young Lermontov in 1830. It is no coincidence that in the domestic literature for Lermontov got the epithet “the singer of the Caucasus” – after all, these areas constitutes a significant part of the poet’s life.

the Caucasus in the life of Lermontov

In 1825, his grandmother sent Michael a decade to correct the health water and since then, in recognition of the poet of the Caucasus mountains became his “sacred”.

another time, Lermontov was here in 1837, already exiled: the scandal of the poem “death of a poet” dedicated to Pushkin’s death, he was transferred to Dragoon regiment, which operated in the Caucasus. He has served there for long and the efforts of the grandmother was transferred, however, this time has not passed for him in vain. Closer and closer familiarity with the nature of the Caucasus, history, life and culture of the local people, the poet discovered a special wisdom and depth, in comparison with which the secular life began to seem to him unbearable empty. In this period, under the influence of new experiences and folklore Lermontov creates several works on the Caucasus (“Ashik Kerib”, “the Gifts of Terek”, and others), begins to write a poem “Mtsyri” and is working on “a Demon”, then begins the plot of the novel “Hero of our time”.

However, the rebellious nature of the young man again brought upon him the disfavor of the authorities in 1840 for the duel, he was again sent into exile to the Caucasus. This time the situation Lermontov was aggravated by the personal instructions of the Emperor to maximize the use of it in military operations. However, the poet had at once to be so, he was a member of fierce battle at the river Valerik and, in the words of General Galafeev, performed his duty with “courage and coolness”. This battle Lermontov captured in his poem “Valerik” and several graphic outline. Associate of the poet, Konstantin Christoporowicz Mamaev also noted his amazing courage and desperate bravery in battle, but stressed that the quality was that all personal peculiarity of the poet: “…the military uniform he wore only because then all the young people of the best families served in the guard. Even in this campaign he will never subject to any regime, and his team roamed everywhere (…), in the battle she was looking for the most dangerous places”.

As you know, in the Caucasus, in Pyatigorsk, Lermontov’s life was tragically cut short – a duel in 1841. The poet was only 26 years old.

Lermontov in the life of the Caucasus

in the works, and in the personal records of Lermontov highlanders – people worthy of respect, and as soldiers, and as freedom-loving personality that is alien to petty intrigue, so irritating poet in a secular public.

Shortly before his death in a small essay, “Caucasian”, he depicted a generalized psychological portrait of an officer-Caucasians in the Russian service. Among other curious traits, Lermontov highlights are: “Alien utonchennaya secular and urban life, he loved the simple life and wild; not knowing the history of Russia and of European politics, he was addicted to the poetic traditions of the people of war”. The attitude of the poet to the Caucasus conflict was contradictory: the horrors of war for him was obvious, and he wasn’t afraid to truthfully portray them in his work, sincerely sympathizing with the freedom-loving and peaceful people of the Caucasus. But being faithful to the oath military officer, he showed tribute to the courage and initiative in battles and operations, as evidenced by numerous official reports.

Because associated with the Caucasus major milestones in the life of the poet, to his work there have always treated with special attention, albeit controversial: someone can’t forgive him for the “evil Chechen” from “Cossack lullaby”, someone grumbles to the Ossetians from the mouth of Maksim Maksimych, confusing the hero with the author. But the images of Caucasians in the poet’s often look more worthy and attractive than the images of fellow – rememberü even though the characters of the novel “the extra man” Pechorin.

In the early twentieth century known public figure of Ossetian Gappo Baev wrote: “If Pushkin mountaineers nourish a sense of gratitude and respect, Lermontov became for them a subject of enthusiastic cult worship and endless love.” There are museums of Lermontov in Taman and in Pyatigorsk, and in Chechnya in the village of Paraboch, the former estate of the landowner Astatula – relative of Mikhail Lermontov, where the poet often stayed and got acquainted with life of local residents. In Chechnya there is even a village of Lermontov-Yurt, near the legendary village of Valerik, in Grozny, Russian drama theatre is named after the poet.

There is a legend according to which the famous rebel Imam Shamil, with detachments of which fought Lermontov, hearing one of his poems (presumably “I Go out alone on the road”), called its author a prophet and asked the fellow if he was alive. When he was told that the author – a Russian officer, and that he died not in battle but at the hands of compatriot, Shamil said: “Rich country, killing these boys.”

Lermontov, despite the fact that he fought with the mountaineers in the Caucasus, many believe “their”, and probably the reason for the special love of the Caucasus to the poet is his love for them, their spirit and culture, which helped to understand these people enough to become their “own”.