Home Breaking The Supreme court applies the ruling of Strasbourg and void the conviction... 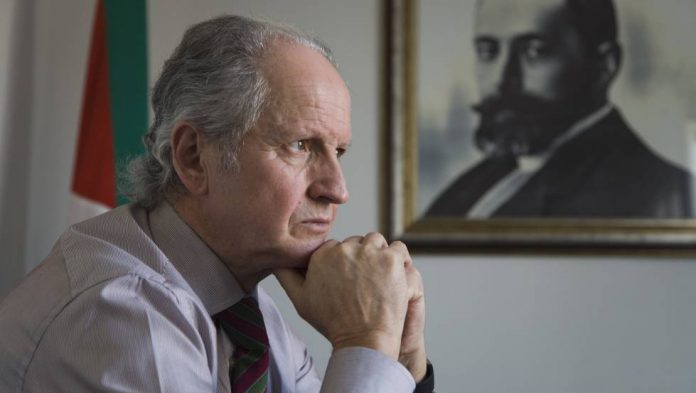 The Supreme Court has vacated the judgment that sentenced him in April 2008, the former president of the basque Parliament, Juan María Atutxa, and the exmiembros of the Table of the camera Gorka Knörr and Kontxi Bilbao for a crime of disobedience. The nullity decreed by the Supreme is a consequence of the ruling in June 2017 by the European Court of Human Rights, which considered that, in the judicial process, violations of the article 6 of the European Convention on Human Rights. The decision of the european court was binding, so that the Supreme court has estimated the appeal for review raised by Atutxa, Knörr and Bilbao.

The revocation reaches 11 and a half years after the judgment that the Supreme court condemned the then already former president of the basque Parliament to one and a half year ban and a fine of 18,000 euros for a crime of disobedience for refusing to dissolve the parliamentary group Sozialista Abertzaleak (SA), after the illegalization of Batasuna in 2003. Knörr and Bilbao were sentenced for the same crime to a year ban and € 12,000 fine. The Superior Court of Justice of the Basque Country had acquitted the three in 2004 to understand which enjoyed inviolability of parliament, but Clean Hands, he resorted to the Supreme and got it returned the case to the previous body for adjudication on the merits of the case. The TSJPV then returned to absolverles, saying that there had not been the crime of disobedience, but that the defendants had not been able to find the formula regulatory to dissolve SA. Clean hands again appealed and the Supreme court sentenced the three basque politicians.

Atutxa, Knörr and Bilbao challenged the conviction in Strasbourg and the european court gave them the reason. According to the ECHR, the judicial process followed in Spain of violations of the European Convention on Human Rights, which dictates that “every person has the right to that its cause is heard equitably, publicly and within a reasonable time by an independent and impartial tribunal”. According to the judges of Strasbourg, in the case Atutxa violations of his right to a fair trial, because “the issues that should be reviewed by the Supreme Court were in need of appreciation direct of the testimony of the plaintiffs.”